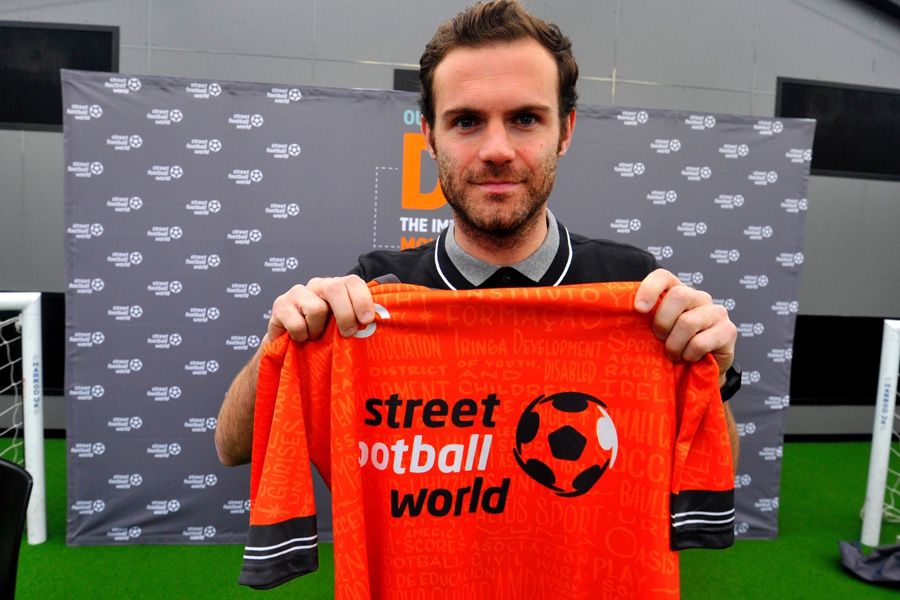 100 games and looking forward to many more

Today I feel like the week hasn’t been perfect. We could have finished it with a win for our fans, I believe so. Getting just one point at home is not enough for us, even if you are playing against the team that leads the table and is most likely to become the Premier League champion very soon. On the pitch we thought that we were close to a victory, but I also want to give credit to Leicester City; in fact, if they have 77 points so far is because they have been a very consistent and competitive side. They are very reliable in defence and can create chances out of nowhere.

I’m reminded that I’ve just played my 100th game with Manchester United in two years and three months here. It makes me feel very proud although I would’ve liked to celebrate it with a win, to be honest. That’s what we all wanted and now our chances to finish in the top four have decreased. Even so, I feel honoured to get to those figures wearing the shirt of one of the most legendary teams in sports history. The truth is I feel privileged and I hope to play many more games with the red shirt.

We are visiting Norwich on Sunday for our next game. There’s a lot at stake for them and it’s going to be like a final. We know the game will be tough but we also know that we need those three points if we want to reach the fourth spot. We must take the lead during the game and also in the score. There’s a full week of work ahead, we have enough time to get ready. After City’s defeat we still have chances to be in the next Champions League and we will keep trying until the end.

In Spain things remain the same because the top three teams won again. I don’t remember something like this in la Liga in the last decade: three teams with a one-point gap between them; it looks like a movie script. The last two weeks are going to be absolutely thrilling, although Barcelona has the advantage of being the leader right now. Let’s see what happens. Also, Villarreal has made it to the Champions League and I’m very happy for how things are going now for my good friend Adrián López. About other leagues, I was shocked when I heard that the Hannover player Niklas Feierabend had died in a car accident at the age of 19. It’s a tough loss.

Before signing off I’d like to thank you for the way you have welcomed my new website www.juanmata8.com and I encourage you to participate in the web’s quiz. We’re raffling off four tickets for a game in Old Trafford and several United shirts with my signature. I’m also very happy to read all your comments about StreetFootballWorld after becoming its global ambassador, which makes me feel honoured. We share the idea that football can change the world and I’m sure that we are going to do a lot of things together for that goal.

Lastly, as I’m sure you saw in many photos, we had a very special visit in Old Trafford: ‘King’ Eric came to the dressing room so I could meet him up personally. He’s a United legend, he marked an era in this club. Meeting him has been a great honour!

I’m leaving you now. Once again, thank you for your support. I keep reading you on the social networks 😉

PS: I encourage you to keep sending videos telling me the things you like about football. We will compile the best ones in a funny clip! Just follow the instructions in the description. Thanks!