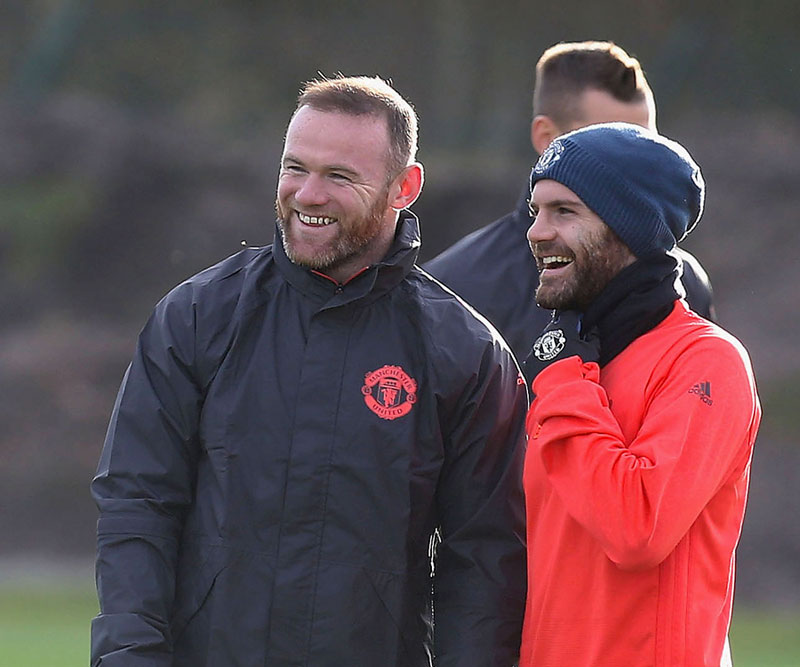 We’re starting a special week. A different one, for we have two games but none of them is a Premier League fixture. We have the EFL Cup first, and then the FA Cup. Two different challenges that we face with the same goal in our minds: winning both of them.

On Thursday we will visit Hull City in the second leg of the EFL semifinals. Our intention is to finish the job that we started at Old Trafford, where we got a 2-0 win that was really important. In front of us there will be a team giving everything they’ve got to be in the final. It would be great to move forward and secure a place in Wembley’s final at the end of February. It was actually in this venue where we won the first trophy of the season in the early weeks.

In the FA Cup, as the defending champions, we also want to go through. The game is on the weekend against Wigan. We already played against them in the pre-season and I’m sure they will come to Old Trafford hoping to surprise us. We must play with intensity and remain focused from the very beginning in order to win this game and then wait for the next draw.

I look back and I see that we’ve been undefeated for 17 consecutive games. Most of them have been good wins that made us happy, although we’ve also got several draws that were not so easy to take. It happened last Saturday in Stoke, where we added one point at the end thanks to a great free-kick goal from Wayne Rooney. I want to congratulate Wayne once again. He’s become the top goalscorer in the history of the club, which is a huge milestone as I recently wrote, and I’m so happy for him. I’m sure that he will keep scoring many more goals and improving his amazing stats. However, the game left me with a bitter taste. Firstly, we didn’t win. We created chances to get the three points and it makes us mad to see that the ball just doesn’t go in. It’s especially frustrating when you are so unlucky as to score an own goal, when you’re trying precisely to avoid that.

Personally, I don’t remember when was the last time that I scored an own goal, in fact I believe this is the first one. I know it goes with the territory. You’re trying to stop the cross, the ball gets deflected on your leg, then again on the goalkeeper… and it’s a goal. It happens every week, this is part of the game, but when it happens to you it hurts. Anyway, this is football, and things like that may happen. I hope that all our unfortunate actions of the remaining games were condensed in those 45 minutes, and I also hope that the team (and myself) is going to have better luck (and better shot accuracy) in the following games. As always, we have to stay determined and motivated, and carry on.

Meanwhile, in Spain, Sevilla’s consistency keeps astonishing me. They were able to win a very complicated game in Pamplona against a tough team that puts a lot of pressure. With Sampaoli they have completed the best first half of the league in their history, so my congratulations to them, not only for the results but also for many spells of good football. Also, Valencia did win and I hope this is the start of a good run of results that will allow the fans to enjoy the second half of the season.

I’m signing off now. Thank you very much for all the loving messages that you’ve sent to me this Sunday, especially after Saturday’s game. Have a nice week.

PS: I’d like to send my best wishes and all my support to Ryan Mason and his family. I hope this is just a scare and you get well very soon, Ryan.