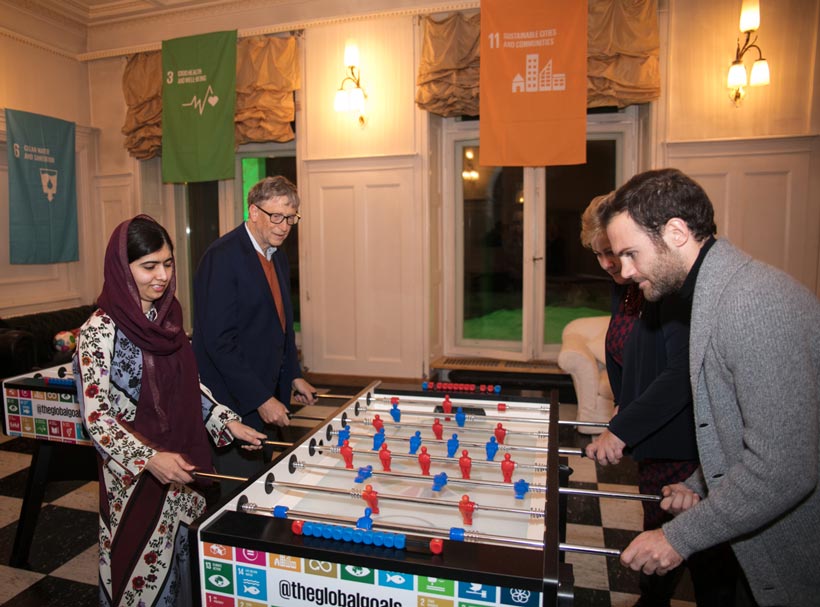 With January coming to an end we can say that we’re keeping the same level and the smile that we had when 2018 started: five wins in five games and no goals conceded yet. Obviously we are happy, aware that we are entering the decisive spell of the season, and I can tell you that we feel strong and encouraged to fight for as much success as possible.

Our victory in Yeovil last Friday brings us to the next round of the FA Cup, a competition we are very excited about. The final score might say it was an easy win, but it wasn’t: Yeovil Town made things difficult for us and they were a very good opponent.

For Alexis Sánchez that game meant his debut as a Red Devil. His arrival is great news because a player of his level always raises the competition within the team and our competitiveness. He’s a great player and I’m sure that he will help us a lot. Precisely this week marked the fourth anniversary of my arrival at Old Trafford and my first game with the club. When you become a Manchester United player, nothing will ever be the same. Being part of this club is something very special and I can assure you that I keep enjoying every single game like I did with my debut against Cardiff. I’ll never stop thanking you for your support day after day. Thanks to you, being part of this club is really special.

4️⃣ years since @JuanMata8 made his #MUFC debut, and what a 4️⃣ years it’s been! pic.twitter.com/yDmGkdhlNe

I don’t want to forget to wish the best of luck once again to Henrikh Mkhitaryan, a footballer with great talent and a friend that deserves all the good things that happen to him. Enjoy in your new club and see you soon!

In our nearest future we have two games, both scheduled for this week, that are meant to be a test to our good run of results. The first one in London, against Tottenham, always one of the toughest away games of the season. They compete very well and have great players in all their lines and a great manager also. I’m sure it’s going to be a nice game in a venue that brings good memories to all us. Playing at Wembley is always special.

Then, on Saturday, we have Huddersfield at home. They are struggling to win in this start of 2018 but they already showed in the first leg what they’re capable of; let’s try to learn from that experience so we can make the most of our virtues and get the three points.

In Spain, this week we have the Cup semi-finals, and seeing Valencia there brings me very good memories. This year marks the tenth anniversary of our Cup title; the semi-final and the final are unforgettable for all of us who were lucky to be there. I remember very well Baraja’s goal, and also the ones that I was lucky to score… At that age it was like a dream for me, and fortunately the dream came true.

Aside from football, the Australian Open final was for Roger Federer, a sportsman that always leaves you looking open-mouthed: his tennis is delightful, he’s an amazing legend. I admire him a lot, and I’m sure he’s already thinking about a 21st Grand Slam to conquer. He is, without a doubt, one of the best sportsmen in history. Absolute class.

Lastly, I want to congratulate the national handball team of Spain. They had an outstanding performance in the European Championship, eventually winning the gold medal in a comeback against Sweden. Yet another fantastic success for the Spanish sport thanks to the ‘Hispanos’. Congratulations, champions!

PS: It was an honour for me to attend the World Economic Forum this week, a special experience from which I could learn many things. I had the opportunity to meet really inspiring people such as Bill Gates or Malala, and we talked about Common Goal and the ability of sports in general, and football in particular, to help make a positive change in society. I take with me the example and inspiration of some of the people I met there, people who dedicate their lives to make the lives of others more decent. The Common Goal movement keeps growing!

Such a privilege to visit the @wef earlier this week. Among others, I had the chance to speak to the inspiring @BillGates, @malala & @erna_solberg about @CommonGoalOrg and the ability of football to help change the world. The movement keeps growing! #CommonGoal ⚽️❤️? pic.twitter.com/Hv7my10qES