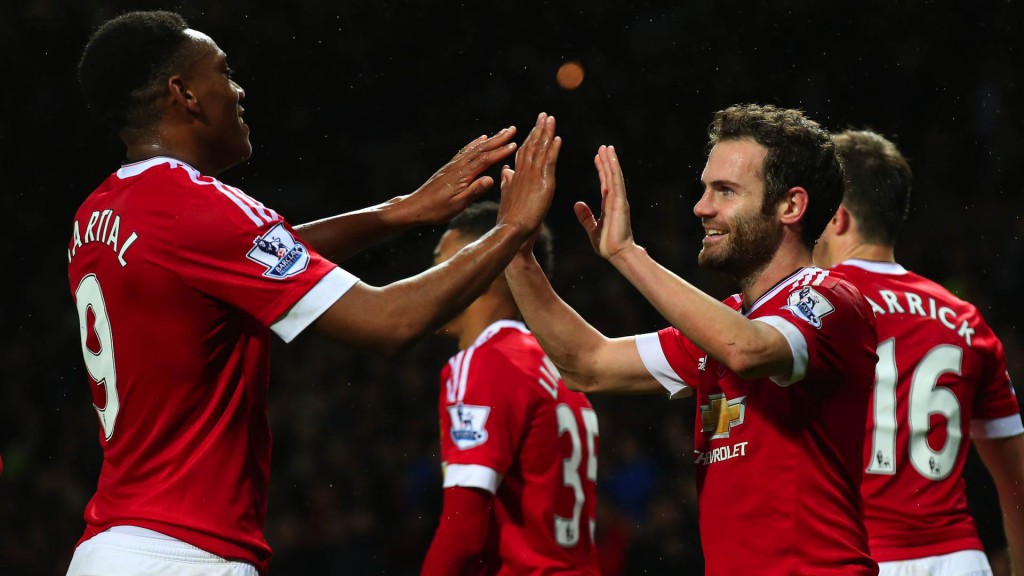 A week ago, after several consecutive draws, we were asking for two wins and we got them so now we go to Madrid in a good mood. It’s been a very prosperous week for us. We remain very hopeful and we have reached the first quarter of the season with good perspectives. There’s always room for improvement but we are in a good position, close to our rivals in the Premier League and top of our group in the Champions League.

Firstly, we had to work hard to beat CSKA. Our group is very strong and those three points are very important. We have to play two more games and we hope to make it to the next stage. I was happy for Wayne’s late goal and for the win in Old Trafford…

Also, we have to make a positive assessment of the game against West Brom, a squad with former team-mates that made things complicated for us. Lingard’s goal showed our way to the victory and I was lucky to close the score later on. It was his first goal with the first team and here I congratulate him again. So, as I said, we face the international break in good spirits, feeling that we are working well and convinced that our game will get better. Besides, we got another clean sheet. Our defensive streak is very good after four consecutive Premier League games unbeaten. Being solid will make us strong when things get tough.

By the way, the minute of silence for the Remembrance Day was absolutely impressive. It’s because this kind of things that English football is something different.

In Spain, today I’d like to highlight Valencia’s win in Vigo. I hope this brilliant score will help my former team to be more calm and find their path. At least it was a great joy for the fans. I have to say that it was strange to see Celta losing this way because they are having a great season.

On top of the table, Barcelona were successful in a complex game against Villarreal, a very competitive and talented side. Once again, Neymar showed how lethal he is. A top-class player. His second goal was a master stroke… Meanwhile, Real Madrid was defeated in Sevilla. The local team was intense and competitive, and Konoplyanka, spectacular.

I’m leaving you now. We have a special match this coming Friday… I’ve been living in the UK for five years and playing against England is very motivating. Phil, Chris, Michael and Wayne, I hope we win but mainly I hope to see a nice football game and all of us can enjoy it on the pitch.

I keep thanking you for your comments and subscriptions to my YouTube channel. Don’t forget to give your opinions and suggestions!