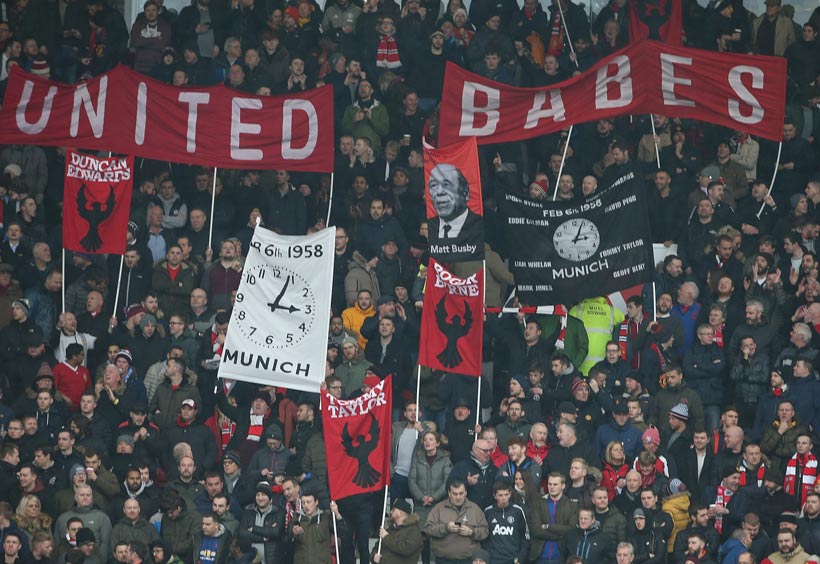 Always in our memory

When you have a painful defeat like the one we had by mid-week in London, against Tottenham, all you want is for the next game to start as soon as possible. We needed to show the character of the team and to react in front of our fans in order to go back to the winning path. And so we did. I think it was a complete performance, one of those days when the game is under your control, and we managed to close it in time to add the three points. I hope we can do the same against Newcastle this coming weekend. We really enjoyed ourselves on the pitch, especially during the second half, and eventually we could dedicate the victory to the victims (and their families) of that fateful day in Munich.

But the day that is absolutely shown in red on this week’s calendar is this Tuesday, a day that marks the 60th anniversary of the air disaster. As I said above in the headline, the victims will never be forgotten, they will always be remembered and will be a part of United’s history forever. The passion, determination and courage shown by the club to carry on in those horrible moments have left an indelible mark forever. The “Flowers of Manchester” will always be with us. By the way, the minute of silence before our game was simply spectacular… It is because of this kind of things that this club is so special.

We will never forget. pic.twitter.com/Bjo3QrvnmS

In Spain, the fight on the top side of the table remains very interesting. Barcelona and Real Madrid got one point each in away games, whereas Atletico, second, increased the gap with Valencia CF, third, after defeating them 1-0 in Madrid. The next game at Mestalla is going to be really exciting, the second leg of the Cup semi-finals against Barcelona. Massive game! A day that brings me great memories :-).

The derby in Asturias deserves its own paragraph here. It’s one of the most passionate derbies in Spain and obviously a very special game for me. It’s been 15 long years since the last one between Real Oviedo and Real Sporting at the Carlos Tartiere, so you can imagine what it meant and what the expectations were in Asturias! Two goals from Mossa, for which he will be remembered for years, gave the win to Real Oviedo, who remains in the top spots of the table fighting for the dream of the promotion to the top category of Spanish football. My ‘Oviedin’ did great, congratulations to their fans! The Tartiere crowd deserved such a great joy after such a long time. The best of all was to get the news (apart from many pictures and videos sent from the stadium) that there were no incidents between the supporters of the two teams, which leaves both of them, Oviedo and Sporting, and also Asturias and Asturias football, in an unbeatable position. Asturias deserves to have a derby in the First Division.

PS: I’m writing to you while watching the Super Bowl, where the Eagles have had a good start, but Tom Brady’s Patriots should never be ruled out… Let’s see what happens!