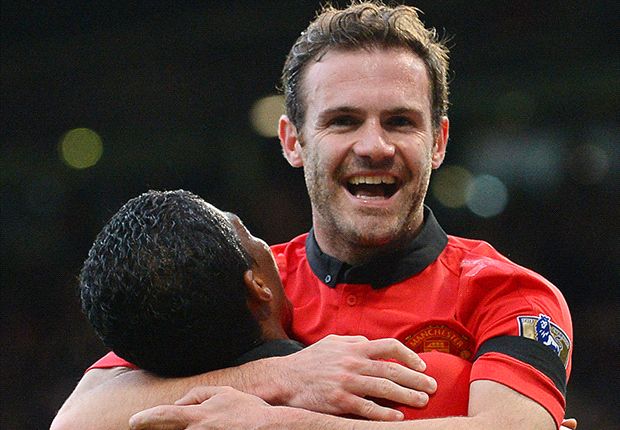 First of all I want to thank you for all your congratulations and messages of support following the game against Norwich. That win was extremely important for sure, since it was a happy ending to a complicated week with big changes, as you know. It was Ryan Giggs’ first game as a manager after plenty of years of success on the pitch, and the truth is everything went well. It was not easy, of course, but in the end we got a convincing 4-0. Our fans deserve that, indeed. They deserve scores like this one because, in this tough season, they have gone home with a downcasted face too many times. So that’s what we are going to try in the remaining games.

Obviously I don’t want to forget that, since the beginning of the week, David Moyes is no longer our manager. I wish him and his technical staff the best of luck in the future, and I do thank him for his continuous interest in me and his importance during my transfer to become a Manchester United player.

The season goes on, although just for three more games, which makes me kind of sad because I’m feeling really good and I would love this Premiership to last a few more weeks.

Nevertheless, the real sorrow these days was to know about Tito Vilanova’s passing. At the age of only 45, he leaves behind an example of personal fight, professionalism and dedication in his love for football. Both during his long career as a player and his successful time as Barça manager. He was an example of humility and here I send all my support to his family and friends. May he rest in peace.

It is sad that miseries like these make you stop and think about what really matters in life and the way to make the most of it, with no room for the unnecessary moaning and complaining that is, usually, part of our day-to-day lives.

Obviously FCB and, in general, Spanish football paid tribute to Vilanova throughout this weekend to be remembered. Barcelona dedicated a victory to him after a very tough comeback in Villarreal and they follow the pace of the other two up there, namely: Atlético and Real Madrid. Both teams keep pushing and Atlético still have the title in their hands. Meanwhile, Athletic took a good step forward in their fight for the Champions after beating Sevilla in San Mamés.

Lastly, by the time you read these lines it will be already the 28th of April! I came to this world on a day like this 26 years ago, time flies! I am pleased to celebrate one more birthday and to keep having a lot of people around me that give me affection and support everyday. People I know will be there forever. That is the best present to me.

And as I said before, I keep trying to make the most of my life and to enjoy the present.

Thank you for your greetings!

Big hug to all and enjoy! 😉