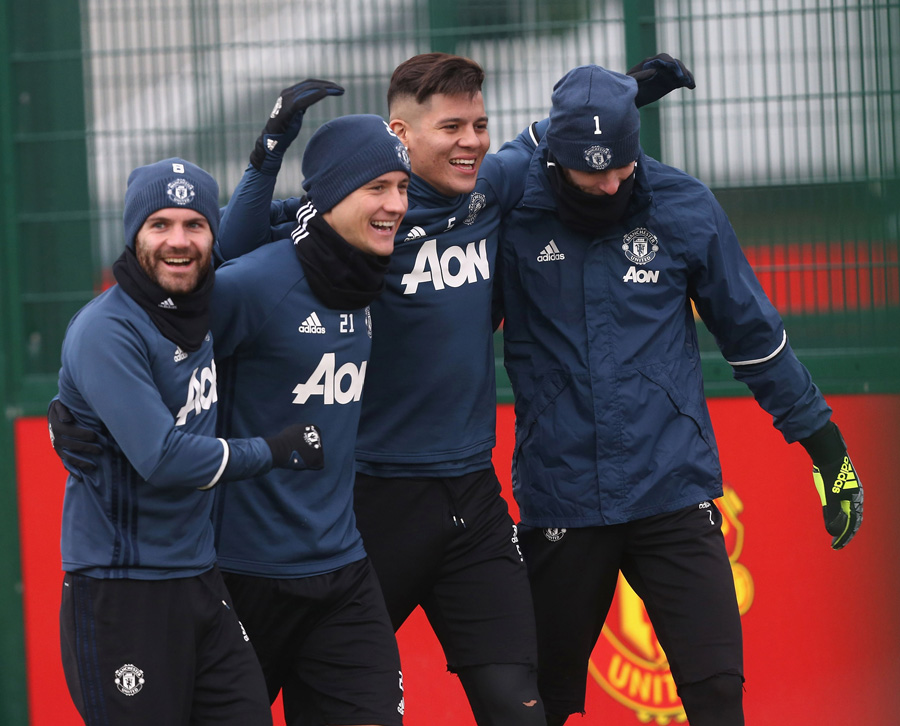 This is a very special entry: first of all because we play this Monday and on a very particular day, the 26th of December, but also because this is my last post in 2016.

Let’s start with the Boxing Day, for me one of the best weekdays of the year. Ever since I came to England, and it’s been six seasons here now, I enjoy playing on this date. British players are used to this, it is a tradition, but for us who arrive from other countries it gets quite surprising year after year, with such a big atmosphere in every stadium and the stands full of kids. Like my little cousins, who are here from Spain with my uncles and aunties to enjoy once again a Boxing Day at Old Trafford. We play Sunderland and our goal, obviously, is to win the three points. That would be the best present for our fans, all due respect to David Moyes’ team -by the way, the manager with whom I arrived to Manchester United; I’ll always be grateful to him and wish him the best.

Since we play in Manchester, we were able to spend Christmas Eve at home with our families and also celebrate Christmas lunch with them. It’s been a nice kick off to the holidays and we hope to translate that onto the pitch with good games and, of course, more wins. As you know, the Premier League calendar is full with fixtures these days and we will face Middlesbrough on the 31st, so it’s a nice opportunity to close the year in good shape.

This 2016 has had a bit of everything. I always like to take the good moments, and we’ve had quite a few. Among those nice memories, I want to highlight the FA Cup title, with a great atmosphere at Wembley that day, and also the Community Shield. Other moments haven’t been so good but we must remember them too, in order to give more value to every victory. There’s always a positive perspective to take, and I think that such a mentality will help us to celebrate many things in 2017. I hope the new year is going to be even better than this one.

For the time being, we will try to close the year the way our fans deserve, with two nice games. That’s the best way to get two wins and extend the good streak. Many people in Spain ask me about the amount of games that are condensed during the holiday season and the best way to manage them. To be honest, this period (the entire month I should say) is physically very demanding, but the squad is deep enough to face all these games in a good condition. Would it be possible to do the same in Spain? I don’t know, but it would be very nice for the fans, no doubt. At least that’s what the Premier League fans in Spain tell me. We may find out in the future.

Before signing off the last post of 2016, I’d like to thank you all for your unconditional support and encouragement; I’m sure we will keep celebrating things together in 2017. Happy New Year to everyone!

PS: Christmas day ended in a very sad way for all the music fans around the world with George Michael’s passing. Several music legends have left us this year. As it was the case with Bowie, Prince or Cohen, we have the legacy of his songs.