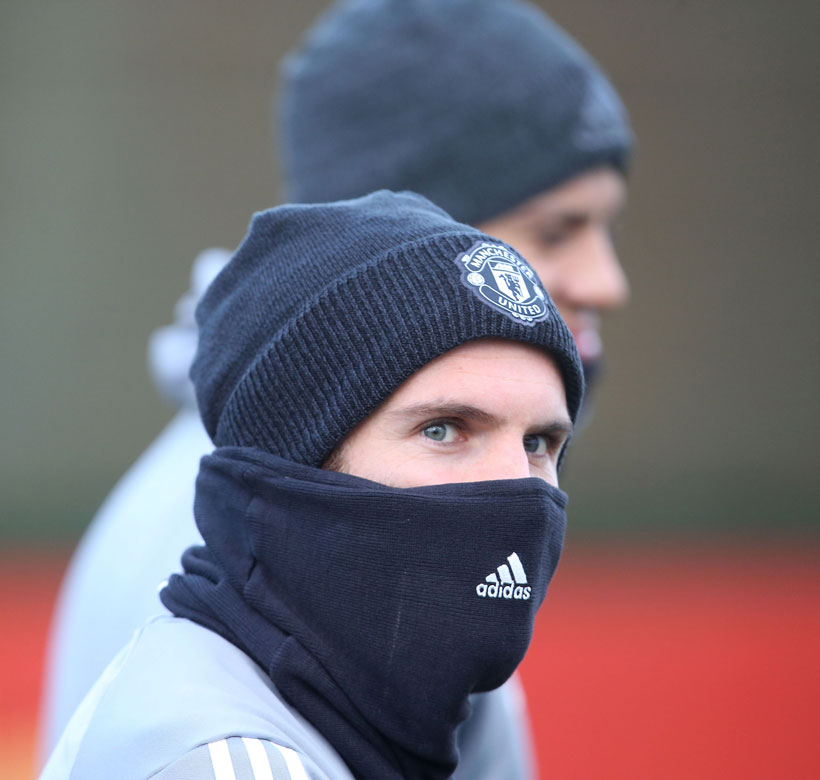 Champions and derby in a crucial week

Once again I’m writing to you before an immiment match and that’s because the list of fixtures in December is very busy: from here to the end of the year we have eight games scheduled. Last week we had a double visit to London and we ended up with six points out of six. They were two tough wins, two difficult games where David had to show his great potential in certain moments to help us. These two wins give us energy and optimism ahead of the big challenges of the current week.

I know that all of you have in mind next Sunday’s derby but before that we have to play the last game of the group stage in the Champions League, and it’s also a very important one. Right now all our attention is on the game against CSKA, we would be making a big mistake otherwise. We are proud of what we have done so far in the group, with four wins out of five games, and we want to finish the job with a good game at Old Trafford. CSKA will try to get to the next round, so there’s no need to emphasize the importance and difficulty of the game. It’s a Champions League night at Old Trafford, there’s nothing more to add.

And later on it’s the derby, indeed, which is always a special game. I remember very well the last derby against City at Old Trafford, last season in the EFL Cup. It was a very important win because it allowed us to move forward in the competition and to win it at Wembley eventually. In this case it’s the Premier League and, looking at the scores that Manchester City are obtaining so far, the game will demand a very good performance from us in order to win. Playing at Old Trafford will give us an extra power, once again. I’m sure the atmosphere at the stadium is going to be incomparable.

An historic day for football. Thanks Aleksander for joining the movement. #CommonGoal ⚽️♥️?

For me, visiting Aleksander Ceferin in Switzerland last week was also incredible and special. The fact that the UEFA President has committed to Common Goal proves that we are in the right way and that we are many who believe in the huge power of football to improve the lives of millions of people. I want to publicly thank the President. Both last Wednesday and in our previous meetings, I was greatly impressed by Ceferin. He’s someone close, down to earth and obviously with a global vision of football as a way to foster unity and a way of life for many people all over the world. Besides, he is aware of the privileged position we’re at, and from there he wants to help with honesty and engagement. Rather than mere ideas, he’s turning his words into actions, as we saw last Wednesday. I’m lucky to cooperate with such a person and I hope he’s the first of many football leaders to join the movement in the future. Thank you, Aleksander, and your entire team for your reception and kindness at the Home of European Football.

Back to the football pitch, in Spain Barcelona gave away two points against a good Celta. The league is not decided yet, that’s for sure. Real Madrid could not take advantage of that since they only got one point in San Mames, always a tough stadium. Atletico won in a comeback against Real Sociedad, and Valencia suffered in Getafe the first defeat of the season.

Sevilla also won and from here I’d like to send a big hug to Eduardo Berizzo. I’m sure he will be recovered and back to the training ground with the team very soon.

I’m leaving you now. I hope to write again in seven days with very good news.

PS: Have you seen Brignoli’s goal for Benevento? Let’s see if David, apart from saving every single ball, feels like scoring a goal some time… :-).