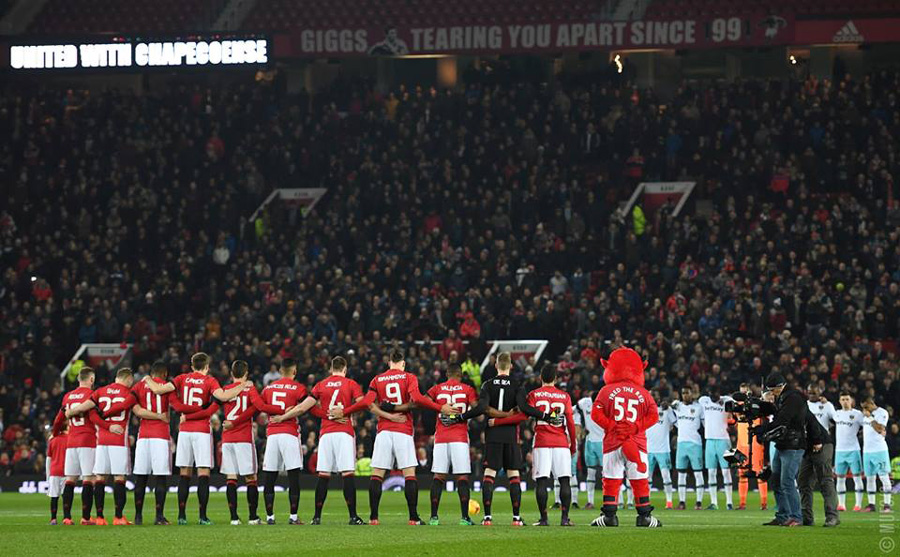 Today we could extend that feeling of anger and regret after the draw at Goodison Park. We could just say that it was a pity and how helpless we feel when important points slip away at the end of games that you think you deserved to have won. It’s been like that in the last few fixtures at Old Trafford and also yesterday. That was how we felt in the dressing room after the game against Everton, and yet I prefer to look forward, think about the potential of this squad and how united we are in the desire to convert all these draws into wins. We have to look forward; complaining about the bad luck is not worth it. We must close the games and get what we deserve. That should be the only idea in our heads.

We have six more games to complete a very busy December and close 2016, namely, Zorya, Tottenham, Crystal Palace, West Brom, Sunderland and Middlesbrough on New Year’s Eve. Three at home and three more away, although we don’t make any distinctions. We look at the best possible finish to the year and I’m sure we can do it.

The next one is always the most important one. Against Zorya Luhansk we will play to be in the next round of the Europa League and we really want to make it. As we saw at Old Trafford, they are a good team, they have got two draws at home in Europe so far. It’s a long trip but we’re looking forward to playing there and having a good game. From then onwards, we will try to find again a good run of results in the Premier League because, despite the feeling when we play is good, we have to take our chances and close the games.

Old Trafford pays respect following Tuesday's tragic events in Colombia.@ChapecoenseReal, we are with you. https://t.co/lV8sT78ZrZ

The week has been marked by the tragedy suffered by Chapecoense when they were travelling to Medellin to play the final of the Copa Sudamericana. It’s a humble club that had reached big goals. What they have achieved deserves to be honoured and thousands of people around the globe have done so, proving that solidarity is on the rise these days, even it doesn’t seem like that. I couldn’t single out one of those tributes; however, watching San Lorenzo wearing the shirts of the team that had eliminated them, and Nacional asking to give the title to those who were going to be their rivals, is something really moving. The victims will always be remembered. All my support to their families and friends.

That’s it for today. Thank you for your support and patience, and have a nice week.