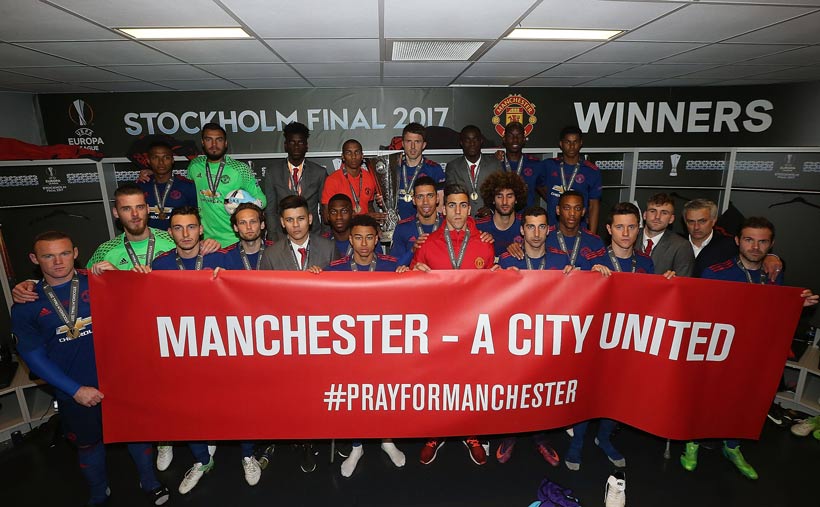 This is the last post of the season, it’s time to take a break and wait for the next season to start. I’m taking my holidays and I’m feeling satisfied, that’s the consequence of winning a trophy at the end of the season, especially in the Europa League, a competition that I really like.

It was nice to share with all of you in Stockholm a good game and the joy of adding up more silverware to United’s trophy cabinet. The road wasn’t neither short nor easy, but we finally got our goal, so the next season we will play the Champions League, which is what this club deserves and where we all want to be. Ajax was a tough opponent (it’s very brave to give so much confidence to so many young players in a team, so credit to them for that), however, I think we deserved to win because ever since the first minute of the final we had a very clear idea of what we wanted and we performed as an experienced, well-prepared team. Obviously the atmosphere was very special due to the terrible attacks in Manchester just two days before the final, but that circumstance, instead of making us weak, gave us more courage to try to win and offer the title to the city, something to celebrate and to cheer up many people, at least for a few hours. I’ll never forget the reactions that we’ve seen all these days everywhere in the city (union, solidarity, respect, and many more values that make Manchester such a special place), and the ability of football to bring people together, to help, to contribute, beyond rivalries and tensions.

When I look back, I can see many good moments that we have lived together. We won the Community Shield right after the pre-season, we lifted the EFL Cup trophy in London, in a very special game for me, and of course the final in Sweden. But we are aware of our lack of consistency and effectiveness in the Premier League that prevented us from fighting for the title, which is what Manchester United is supposed to do. Personally, I have played over 40 games once again. It’s true that I was injured for a month and a half, something that had never happened before in my career, but at the end I was able to enjoy again what I like the most and I finished the season happy. I want more, of course, but I’m happy and proud of what we have done along the way. I hope that you have the same feeling, and that you are excited and really looking forward to the next season!

I’d like to congratulate Barcelona for winning the Spanish Cup. It was the last football game at the Vicente Calderon, a historic stadium that brings good memories to me, for I was lucky to win the Cup with Valencia there, and I even scored a goal in that final. Alaves was a good rival last Saturday: they can be more than happy after the great season they have done.

Congratulations as well to Arsenal for winning the FA Cup, the last title of the season in England, after defeating Chelsea in a final with a very high pace. This is a very nice competition, we won it last season and I hope that, in one year, we can have the chance to fight for it until the last game. And the same with every competition that we play, starting with the UEFA Super Cup in Skopje, against the winner of the Champions League final that will take place next Saturday in Cardiff: Real Madrid or Juventus.

We have high hopes for the next season, but now it’s time to take a break, switch off from football and rest until the start of the training sessions in the pre-season. We will keep in touch through the social networks, where I read your comments and listen to what you say. You have been there in the good and the bad times and I’d like to thank you for that.

You are, in the end, the engine that helps us work and give all our effort day after day, in order to improve and, ultimately, celebrate things together. That’s why we enjoyed the victory in Stockholm so much: because we could dedicate it to you in such a difficult moment for everybody.

Have a great summer. Enjoy! Hugs,

PS: This weekend something happened that it’s not easy to watch when you love football, and that’s the case with me: I’m talking about the retirement of a great footballer, Francesco Totti. You think that players like him will never stop playing football, and it’s true in a way, because, even after hanging his boots, I’m sure Totti will keep controlling the ball, assisting, scoring and celebrating goals as only the chosen ones can do. I watched and admired Francesco as I grew up, and years later I was lucky to play against him several times. I’ve always been impressed with him. Thank you, Totti. A LEGEND in capital letters.