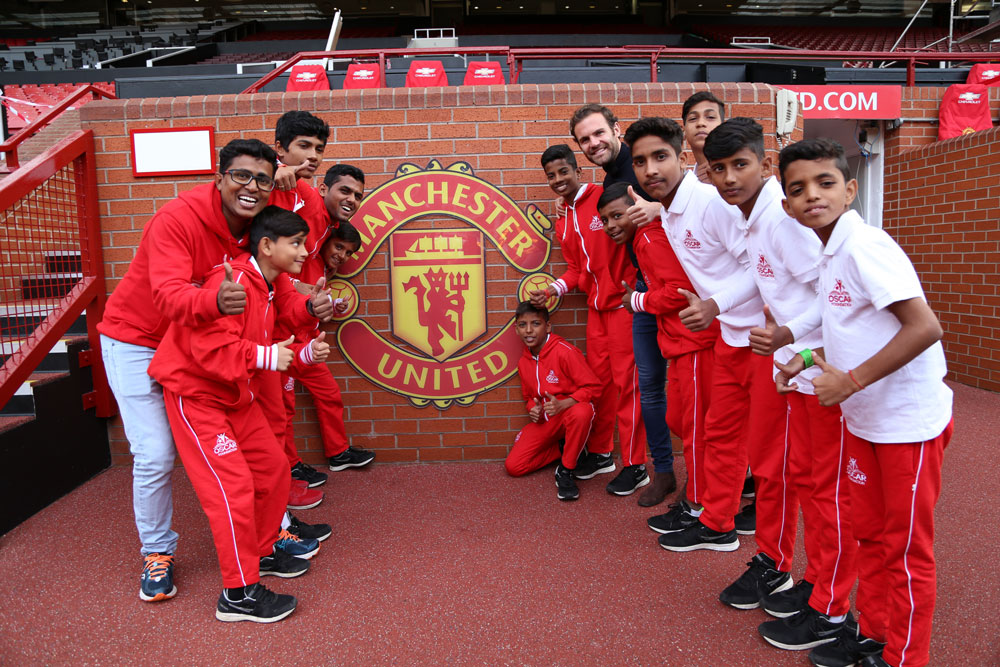 This time I can’t start this post talking about a win, unlike most of the previous weeks this season, but I keep being optimistic and I believe I have reasons for that. I’m writing to you at the end of a day off, a nice Autumn day which has been ideal to switch off. In my case it was with a good walk by Peak District, an area of England that I highly recommend and it’s not far from home… The draw at Anfield on Saturday was the consequence of the team’s work and solidarity. Obviously, we wanted to win, but it’s not a bad result given the circumstances. We added one point and got a clean sheet, and now we are already focused on the Champions League.

On Wednesday we visit the Estadio da Luz in the third game of the group stage. We are looking forward to extending the good streak after getting six valuable points in the first two matches. Personally, Benfica brings me good memories. I played against them in 2012 in the Champions League quarter-finals and that season I was lucky to win the title with Chelsea. The following year, 2013, we also played them in the final of the Europa League, at the Amsterdam Arena, and we won.

Despite these good memories I don’t want to be overconfident. They are a team with very good players and a big supporting crowd. They need the points and we will have to be at our best in order to get a positive result. At the end this is the Champions League and you have to beat great teams if you want to reach far.

On the weekend we will be back in the Premier League with our third away game in a row, this time against Huddersfield. I’ve never played in that stadium so I will have to add it to the ‘Matamundi’. Again, we will have to be really competitive there, but the truth is we are doing it this season and that’s why I said above that I feel optimistic.

Meanwhile in Spain, the race for the title gets closer after Barça’s dropping the first two points against Atletico. A great goal from Saúl put the locals ahead, and Valverde’s team had to try hard for the equaliser until the end of the game. Valencia and Real Madrid won, so they reduce the gap with the leaders. I will keep following la Liga closely and with interest, as you know I do.

Sadly, this weekend we’ve got horrifying images of the fires in Galicia, Asturias and Portugal, that have even killed several people. I really hope that the rain can help in this fight because many of those fires are close to highly populated areas. And I hope that the authorities will find the people responsible for them.

I take this opportunity to thank you for giving a warm welcome to the photography exhibition that we opened last Thursday at the National Football Museum. As many of you will know, these are some of the photos that we took last summer in India while visiting the OSCAR Foundation, a member of streetfootballworld. The best part was that some of the kids we spent time with were able to come to Old Trafford and the Museum, as they’re spending a few days in England thanks to OSCAR. These kids are educated day after day thanks to the positive values they get through football. For me it was very important that they could join us in the opening of the exhibition, and make everybody feel the power of their smiles and the real impact that football has in their lives and in the lives of millions of people around the world. This is the first photo exhibition of Common Goal but I hope we can organise many more :-). By the way, Dennis Aogo, Alex Brosque and Julian Nagelsmann have joined the project this week; three fantastic signings to help Common Goal become global. Thanks to them, the movement has already reached Australia and got its first manager :-). We will give a few more names in the coming days. We are very excited about that.

I’m leaving you now. I hope we can have a positive return to the Champions League. Have a nice week.

PS: I’d like to thank all the people who worked in organising the exhibition, that you can visit at the National Football Museum Hall of Fame, in Manchester, until the 9th of November; especially my friends from Classic Football Shirts and Leica Store. Also thanks to Bhavin Makwana, it wouldn’t have been possible without his help! I encourage you to visit the exhibition and participate, either by the silent bid or through SMS. Obviously, all the money raised will go to the OSCAR Foundation.