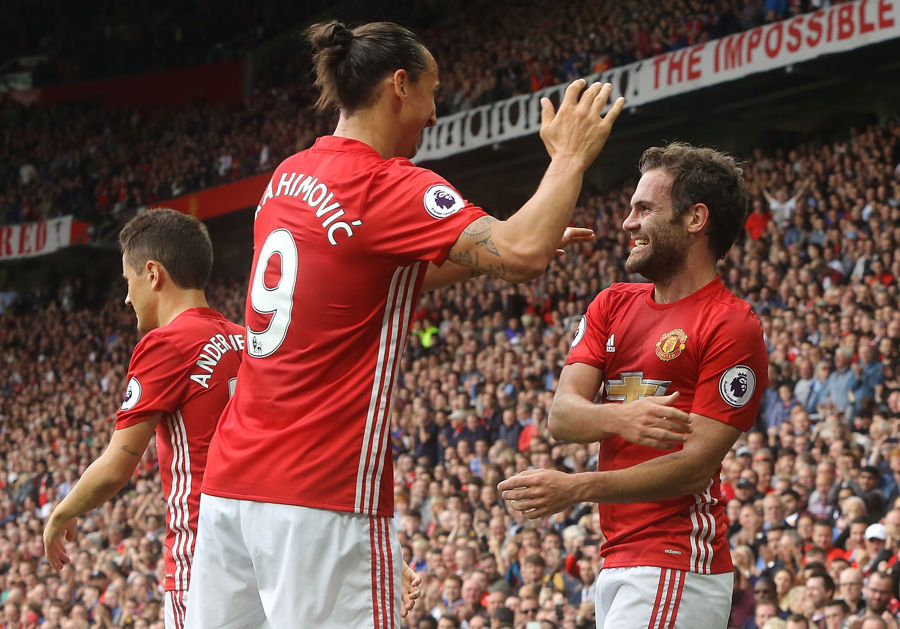 Exactly what we needed

Today I’m writing at the end of a quiet and happy Sunday, the day that follows a good and convincing victory. After a week that had been complicated, two wins –in the EFL Cup and against Leicester– are the best proof of the team’s reaction. As I said, this game is exactly what we needed, and that’s why it has been a relaxing day. When you do your job in advance, watching Sunday’s games on TV is more enjoyable.

The truth is Saturday was a special day in Old Trafford. Facing the current champions and getting such a win, feeling how the fans celebrate it, and enjoying on the pitch have been enough reasons to make this weekend special. The score might be deceptive, because it wasn’t an easy game (it never is against Leicester). The key was to score first. Taking the lead gave us more confidence and helped to create a great atmosphere in the stadium. Those things together made us give our best to get an incredible 4-0 before half time. Each goal came in a different way; we showed that we are a team with a lot of potential, with different ways to score goals, and we have to take advantage of that. The crowd in Old Trafford was really excited, in a way I hadn’t seen for a long time, and that’s what our fans deserve.

Being able to play and win like that is a special feeling. You can feel the crowd connecting with the team, and it seems that everything just flows. Obviously, after an almost perfect first half, the game had less intensity after the break. It’s normal when a team is trying to control the game to have no surprises, and the other one doesn’t want to concede more goals and tries to score some, as it did happen. But in general we got very positive feelings and a boost of confidence to play the next couple of games before another international break.

We have two games again this week. On Thursday we play against Zorya Luhansk, from Ukraine. Perhaps they are not very well-known, but they are second in their league with only one defeat so far. We will get to know more things about them in the next few days to prepare for the game. The first week they got a draw against Fenerbahce; they are not in this competition by chance.

On the weekend we will face Stoke City in Old Trafford. They haven’t had the start they expected but it’s always tough to play against them. They have very talented players that are able to define a match in an individual action. We are looking forward to have two good games at home this week and make the fans enjoy as they did last Saturday. It would allow us to go to the international break with very good feelings.

In Spain, Real Madrid were unable to win in Gran Canaria. Las Palmas confirmed that they are one of the most interesting teams in la Liga. They were great during last season’s second half and it seems they are still playing the same way. With Quique Setien managing the team, they are showing an interesting, joyful and combinative football style that is really nice to watch.

Meanwhile, both Barcelona and Atletico won. The former in a very convincing way in Gijon, and the latter with a lot of effort despite Deportivo spent the second half with 10 players. Also, there have been changes in Valencia last week… Obviously, I feel sorry for Pako Ayestaran, who has been dismissed by the club. He is a great professional and I wish him the best of luck wherever he goes now. On the other hand I want to show my respect and admiration for Voro because he’s always willing to help the club with anything they need. Everybody loves him and respects him, and I’m happy that he’s been able to change the team’s situation with two consecutive wins. The way he is, and being such a humble person, he deserves whatever good things come to him. Good luck to the new manager, I hope this is the beginning of a good streak!

It’s time to sign off, have a nice week!

PS: The Futsal World Cup is taking place in Colombia these days. I’ve always loved this sport, it requires players full of talent and technical resources to move in such reduced space. Do you remember Paulo Roberto? He was spectacular. Who’s your favourite player?