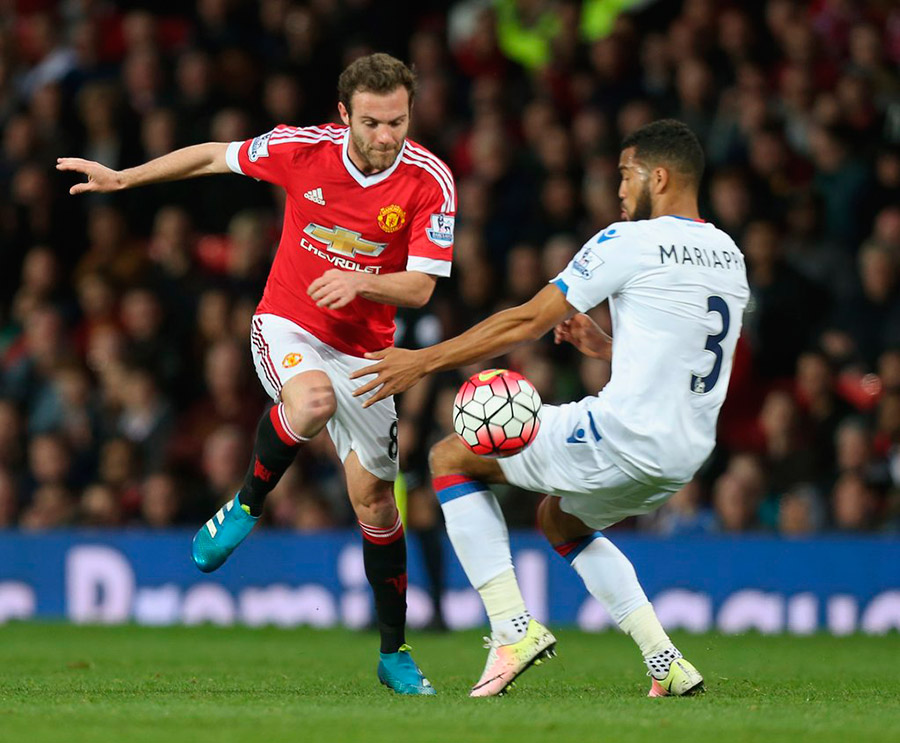 FA Cup final and the goal of the Champions League

As you can imagine, it’s been a good week! These last few days have been very positive for the club and you can see that in people’s faces, in our day-to-day activity at the training complex… Last Saturday at Wembley we made it to the final of the FA Cup, it’s been the icing of the cake in a good month of April in which we have won five out of the six games that were scheduled. In particular, I feel that the last two games have made a very good impression on our fans. They deserve the best.

Last Wednesday we beat Crystal Palace in Old Trafford and the truth is I really enjoyed myself on the pitch, for I saw that we were playing nice football at some times. Honestly, we were better than the opponent and we deserved those three points that are very important in our race to be in the top four. That night we were very good in defence and we didn’t concede many chances. It was a special game for Darmian. Matteo is a good friend and he works hard day after day. He’s one of those people you like to meet when you arrive to training every morning. We’re all very happy for him! ‘Grande amico’.

A few days later, on Saturday at Wembley, we sealed our passport to the big FA Cup final on the 21st of May in a very special atmosphere –as always in that stadium. It was a very typical, box-to-box Cup game, absolutely thrilling until the final whistle. We have to give credit to David and Anthony, the former because he saved a decisive penalty, and the latter because his goal in stoppage time brought a burst of joy to all of us. And I think that the team deserves credit too, because we have gone through several adversities this season. We have won five rounds (including a replay against West Ham) and now we can enjoy such a special moment as the FA Cup final, one of the most beautiful games in a footballer’s career. Being at Wembley is always special.

However, the FA Cup final is in a month’s time. Now we know that we have five games remaining. Five finals that we want to win and I feel we are ready for, starting next Sunday against Leicester. They are fighting for the title and are full of confidence after the win against Swansea, showing how competitive they have been this season; having said that, we must get those three points. The previous game against them left us with a bitter taste and it’s time to show that we can defeat them, and to make our fans happy. There are only two games left at Old Trafford: Leicester now and Bournemouth the last week, with visits to Norwich and West Ham in between. But, as I said, what Ranieri’s team is doing this season is really commendable.

In Spain, the fight for the title is entering the decisive weeks and it’s really exciting. Barcelona seems to be in good shape again with 14 goals in their last two games. Atlético and Real Madrid didn’t fail either, although they were put in a lot of trouble by Málaga and Rayo respectively. With only three weeks to go, a mistake could be fatal. These games are going to be very tense, some of them against teams desperate to avoid relegation, and the small details could be the key.

I want to take this opportunity to let you know that next Thursday, the 28th of April (my birthday) I’m going to share something with all of you… It’s a surprise, something we’ve been working on for months. I’m really looking forward to it and I hope you feel the same. I will keep you posted…

PS: This week we’ve had the sad news of the passing of Prince. Another great artist leaves us too soon. He was a nonconformist, someone who certainly left his mark and who will always be remembered thanks to his music.