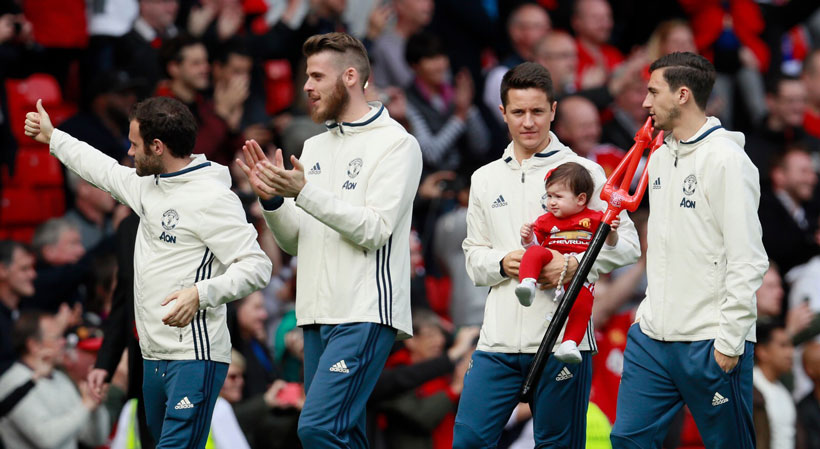 Focused and looking forward to the big final

The Premier League ended just a few hours ago. It’s been my sixth season in England, time flies! Precisely, this Sunday it was the sixth anniversary of my last game with Valencia. Everything has happened very fast, that’s how it feels, but I also know that I’ve been lucky to live great experiences so far in my career. And I always think that the best is yet to come.

We closed the Premier League this Sunday in front of our crowd, with a team full of young players. Congratulations to Josh Harrop, Demi Mitchell, Joel Pereira, Scott McTominay and the very young Angel Gomes because I know that this experience will be very positive for their development. They all are good players and I’m sure they will give their best in the coming years to try to establish theirselves at the top level. Good luck to all of them. The club and the Academy have to be proud of so many young players making their debut with the first team; it also proves that a good work has been done with all those kids over the years, and I’m happy for that!

About the Premiership, I feel that we had a lot of good games, actually we stayed undefeated for a really long time; however, too many draws prevented us from fighting for the top prize that the club and the fans deserve. Luckily, we have earned the opportunity to fight for the Europa League title and, obviously, all our efforts are focused on that, more than ever.

When I think about the final in Stockholm, great memories come to my mind from the Amsterdam Arena, where I was lucky to win this nice competition some time ago. Manchester United has never won it; I hope we can bring the trophy back here and add it to the museum’s trophy cabinet to complete such a great collection. It would be fantastic.

I don’t need to insist on how tough it will be to beat Ajax. They’ve been playing a dazzling and offensive football with bold, very young footballers. That football style has taken them to the final and they have plenty of confidence. I hope we can impose our experience to win. Nobody is more excited than us about this final, regardless of the age of the players. The prize is double because, as you know, winning the competition will give you a spot in next season’s Champions League, another big goal for us. In short, being able to live another European final is a privilege, and I hope it has a good outcome for us so we can start the summer break in the best possible way. For us and for you, of course, because you deserve it after your incredible support throughout the entire season.

I’d also like to congratulate Real Madrid for winning la Liga in Spain. It was a very close fight, as I expected, and we had to wait until the last week to know the champions. At the end, Zidane’s team was the best and more consistent side so congrats to them. Also, they have the chance to get another title in a few days, in Cardiff.

I’m signing off now. I hope we can enjoy a very special night this coming Wednesday… Only a few of you will be at the stadium, but we know that the rest of you will be supporting from distance. Yesterday’s farewell on the pitch shows how spectacular is our crowd. That applause is the best energy for Stockholm. We will give everything we have. Thanks to all of you for your support during the season!

I hope you have a nice week, Wednesday included ;-). Hugs,