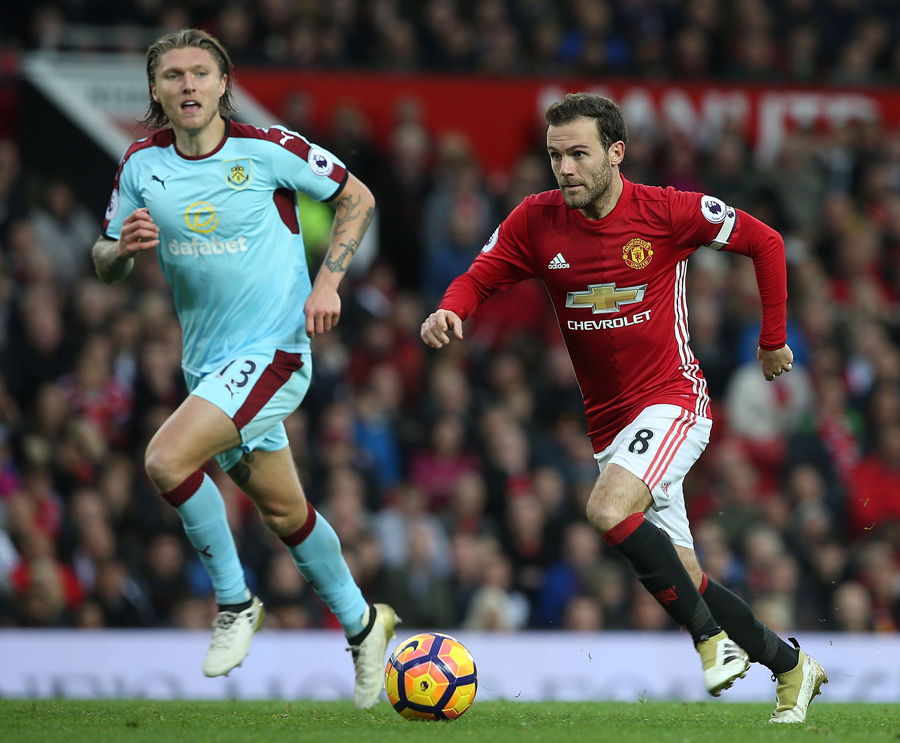 I’m writing to you at the end of a typical Autumn Sunday in Manchester, with the night arriving earlier after the clocks have gone back by an hour. The Winter season is approaching… The day has been quiet and I’ve been thinking a lot about Saturday’s game, arguably one of the weirdest draws of my career. If you watched our game against Burnley, you will agree with me that it’s very difficult to create so many chances to win and yet get only one point. I guess Heaton, their goalkeeper, will remember this evening of October for all his life, and you can do nothing but congratulate him. He saved absolutely everything.

The team showed a good attitude from the kick-off. We started very focused and kept fighting for the goal until the final whistle, despite we had to play with ten men for quite a while. We had countless shots on target, but between the woodwork, the defenders and, especially, the goalkeeper’s outstanding performance, the goal never came. I know it sounds repetitive but this sport is like that. There are games when the score is cruel and it doesn’t reflect how well you did. Sometimes you don’t deserve to win but you end up with three points, and sometimes is the opposite. I honestly think that our performance on Saturday reinforces the idea of a team that we want to show in the long term, more than if it had been a lucky win after a bad game. If we had taken a couple of the chances that we had, now we would be talking about one of our best games of the season, so we shouldn’t see this from an extremely negative perspective when we did so many things well. However, we are aware that we must get better in that area.

I strongly believe that the team is on the right track, after all the hard work we put on the pitch. We proved that on Wednesday when we defeated Manchester City in the EFL Cup. We came from a tough defeat and the team showed that we are united and we are able to beat anyone. It was an important game; we played with confidence and we added that extra effort, intensity and concentration that every game requires. We did it again with Burnley, but we were unable to score. Playing like we did, though, is going to bear fruit sooner or later.

Anyway, there’s no point in complaining now. We have to work on our confidence and give everything in the two away games this week. Both of them will be tough: Fenerbahce in the Europa League and Swansea next Sunday. These are two games to keep working the same way and try to score all the goals that we couldn’t score last Saturday.

And in Spain, the three main candidates won their games. Sevilla, also fighting with them at the top, only got one point against Sporting. I think the race to win la Liga this season will be very close until the last few weeks. It’s going to be spectacular.

I’m signing off now. As always, thank you for showing your support after the game, it means that you perceived the effort made by the team. Have a nice week.