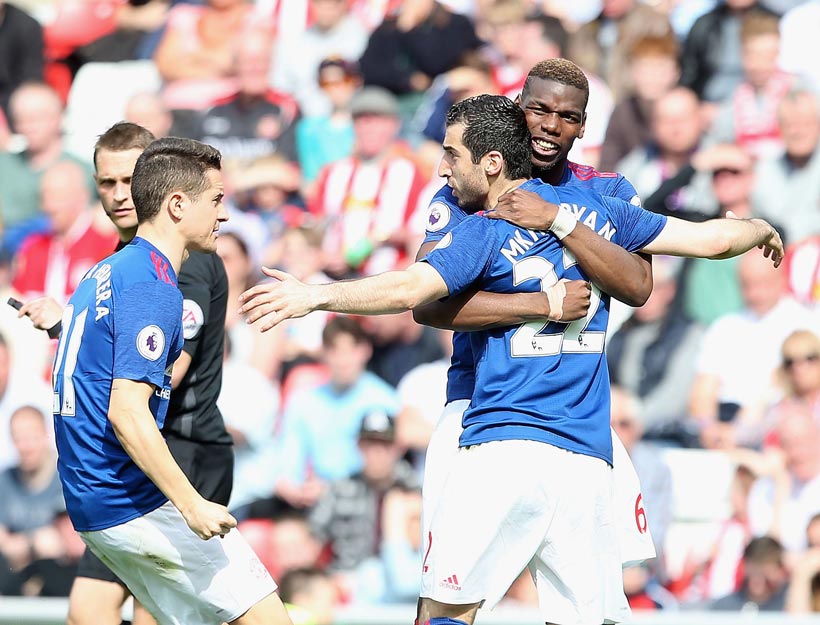 A long week with a happy ending

I hope you have had a good week. When you’re injured you feel like time goes by very slow, that’s the truth, and my week seemed longer than usual but luckily it ended with a nice feeling: watching the team’s convincing victory against Sunderland. I hope that things keep going well and I can be back soon to enjoy what I like so much: training and playing football.

The game this Sunday was not as easy as the score might say. During the first half hour Sunderland pushed hard and they created some chances, but Zlatan’s great goal, and the fact that they played with ten men in the second half, took us closer to the win. A great goal from Micky after the break increased the advantage, and Marcus closed the score with the third goal to keep the team in the battle for the Champions League spots. We will fight until the end to be in the top four, and in order to do so we need mainly to get better at Old Trafford, at home. We have an opportunity the next weekend against the leaders Chelsea. It’s one of those games that everybody wants to play.

Before that, though, we have to make the first step towards the Europa League semifinals and try to get closer to win this competition. The team travels to Belgium to face Anderlecht. We need a good score if we want to make it to the next round the following week. We take this competition very seriously as this is another way to be in the Champions League the next season. It’s going to be an interesting week and I hope it goes well for us.

In Spain, neither Real Madrid nor Barcelona were able to win. The former drew at home against Atlético in a very intense (as always) derby, and the latter lost in Málaga. The fight in la Liga is thrilling and I’m very happy especially for Valencia’s good run of results recently, with three wins in a row. I’m also happy to see players from the club’s academy doing so well, such as Lato and Carlos Soler. Carlos’ goal against Celta the other day was amazing!

In the Second Division it seems that the Carlos Tartiere remains a fortress for Real Oviedo. I hope they can keep it this way until the end of the season, it’s very important if you want to get closer to the promotion!

I’m signing off now, but first I’d like to give my sincere congrats to Sergio García for the victory in the Masters that he has been longing for. I’m lucky to know him personally and, apart from the fantastic player that he obviously is, he’s also a great person, so I’m very happy for him and his family. Such a long wait has been worth it, he deserves it!

PS: Unfortunately, once again I’d like to send my solidarity to the victims of the attacks in Stockholm and Egypt, and to their families. There aren’t enough words to try to describe so much injustice and horror.