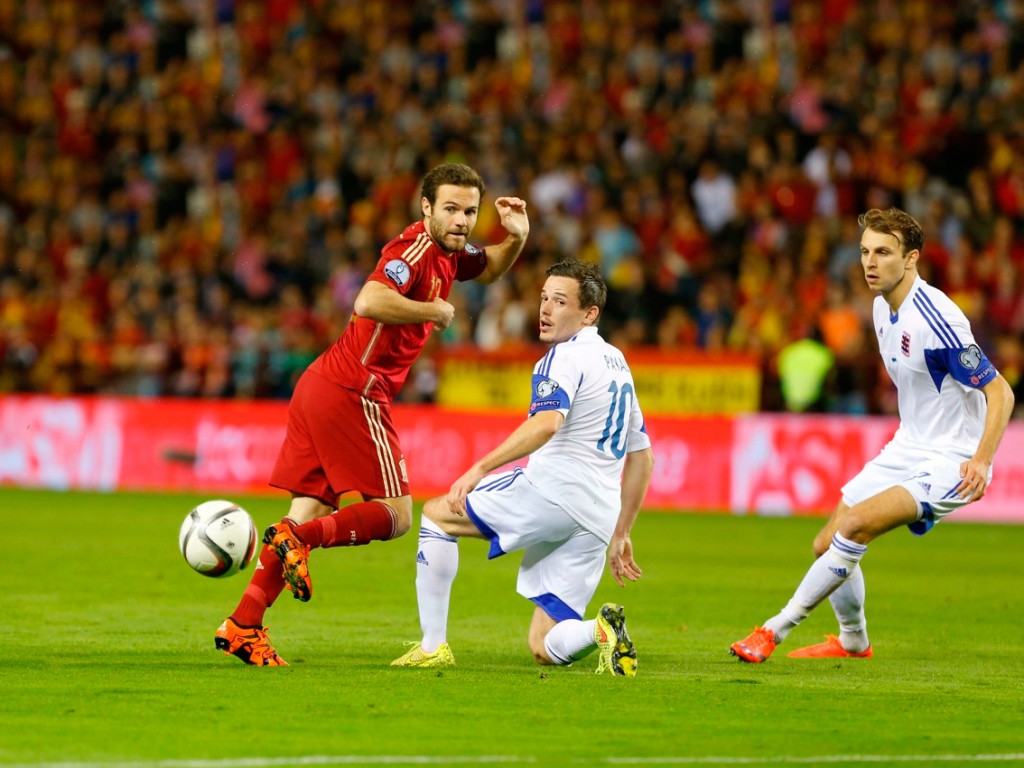 Looking for the best finale

Today I’m writing from Kiev, the capital of Ukraine, where this Monday we finish the Euro 2016 qualifiers. As you know, we have gone through some difficulties but the last few wins gave us the ticket to France, where we will have the chance to defend our back-to-back titles of the last two editions.

Precisely, Kiev brings good memories to me: the Euro 2012 final. A lot of good moments come to my mind, and not only the one you may be thinking about: I was lucky to participate in the last few minutes of that game and, almost the first time I touched the ball, I scored the last goal of the tournament. Now we are in the same hotel, and the way to the stadium reminded me of those days in June and July 2012. The dressing room is not the same one, though, because we played as the local team in the final against Italy, whereas now we are the visitors against Ukraine. I think our team performed really well in those weeks of 2012 and I hope that we can be again at our best the next year in France. We have good footballers in our squad and also that competitive gene that can give us the chance to be fighting with the best teams.

But first we have to play our last game of this stage against Ukraine. Despite being already qualified, we must give the maximum. In the first place we have to do it for us and for our supporters (we have to approach every single game with the same attitude, plus a friend of mine here in Kiev has reminded me that in every stadium there are fans supporting us), but also for the fair play. In this final week, Ukraine and Slovakia are fighting to get through and we cannot lower the quality of our performance. One of them may even qualify as the best third of the nine groups, which would give an idea of how good our group was.

My congratulations to the teams that have already qualified, especially to those participating in a Eurocup for the first time, such as Iceland or Albania. I’m sure it’s going to be a great tournament. The British football will be represented with England, Wales and Northern Ireland. Meanwhile, the Republic of Ireland will fight for their ticket in the play-offs.

Once I’m back in Manchester we will have to get ready for a few games that are going to be tough and thrilling. First against Everton, always an intense and complicated match, and next week against CSKA Moscow and Manchester City. October is meant to be a very difficult month and we must be ready for it.

Aside from football, last week I had the chance to spend a day at Princesa Sofía school, in Madrid. Laureus Foundation in Spain, together with IWC Schaffhausen and Special Olympics, allowed me to share a few hours with the kids and see how sport can become a powerful tool for social integration. All of us can work in this direction and help many people who struggle for different reasons. And we have many things to learn from their smiles.

I also have good memories from Logroño, where we won against Luxembourg to certify our qualification for the Euro 2016. I was able to play almost the entire game (the bad news where Morata and Silva’s injuries) and I felt very well on the pitch. The fact that the stadium of Las Gaunas was full of people shows that the team remains appealing to the fans. We will try to play good football and keep our fans excited.

I’m leaving you now. Thank you once again for your comments and subscriptions to my YouTube channel. I’m taking good note of your ideas for further videos.

PS: A few days ago it was the fifth anniversary of Instagram and I realised that I uploaded my first photo, precisely, during the training camp previous to the Euro 2012, in a free afternoon when we were playing table tennis. Of all my photos, which one do you like more? I have posted quite a few since then…