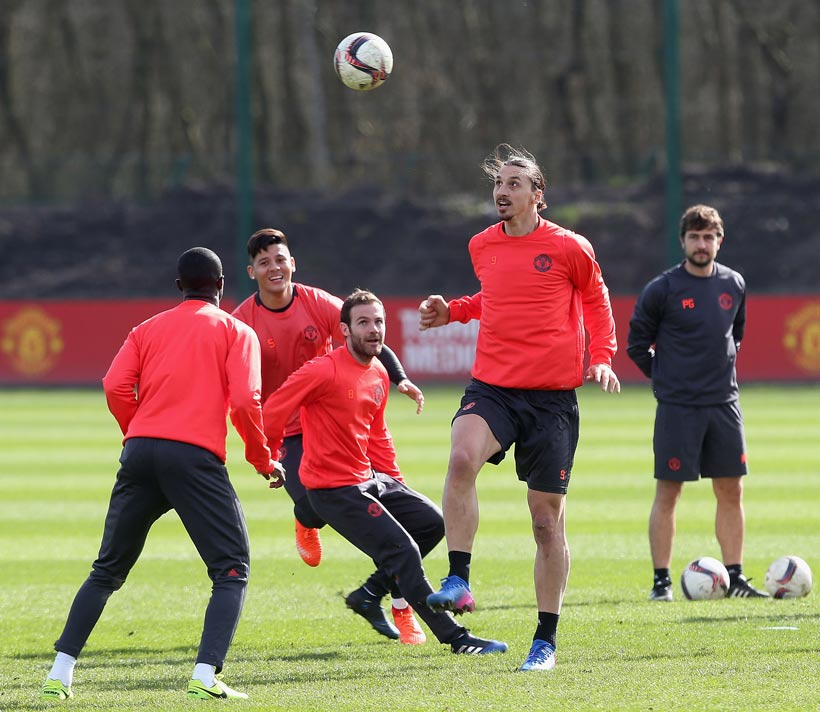 A month full of games

West Bromwich Albion, Everton, Sunderland, Anderlecht, Chelsea, Burnley, Manchester City and Swansea. It’s not a random list of teams, it’s the list of the eight teams we’re going to face in a frantic month of April. Since we have to play twice against Anderlecht (first and second leg), it makes a total of nine games for us the next month!

It’s not a complaint, it’s just a reality and we have to adapt ourselves to it, in order to give the best we have in the decisive spell of the season. I see these games as a challenge to show all the good things we’ve been working on throughout the season, and I hope that we can get good results too.

I’d like to congratulate my team-mates in Spain’s national team for the win against Israel that moves us one step closer to the World Cup. Meanwhile, England had a tough game against Lithuania and it was Defoe, who was back in the team, who opened the score.

I spent the Saturday in Asturias with my family and I also attended Real Oviedo’s game at the Carlos Tartiere. It was a nice evening in the stadium and not only because the local team won, but also because I met many friends and acquaintances that I hadn’t seen in a while. People were very nice with me at home and that’s something that always helps to recharge your batteries…

A day at the streetfootballworld office for our Global Ambassador @juanmata8, who normally works remotely;) #football4good pic.twitter.com/a2kuyIBVQx

During the week I visited the StreetFootballWorld headquarters, an organisation I’m very proud to cooperate with. From Berlin, they coordinate everything with a team full of dedicated and optimistic people. They do a very important work with more than a hundred projects around the world, helping many people who struggle in pursuit a better life. I strongly believe in the power of football to make our world better. I invite you to visit their website and get to know more about them: www.streetfootballworld.org

PS: I’d like to send all my support and encouragement to Seamus Coleman. He’s facing a long time away from the pitch, but I’ve spoken with some people who know him well and I’m sure that he will get through this and have a good recovery.