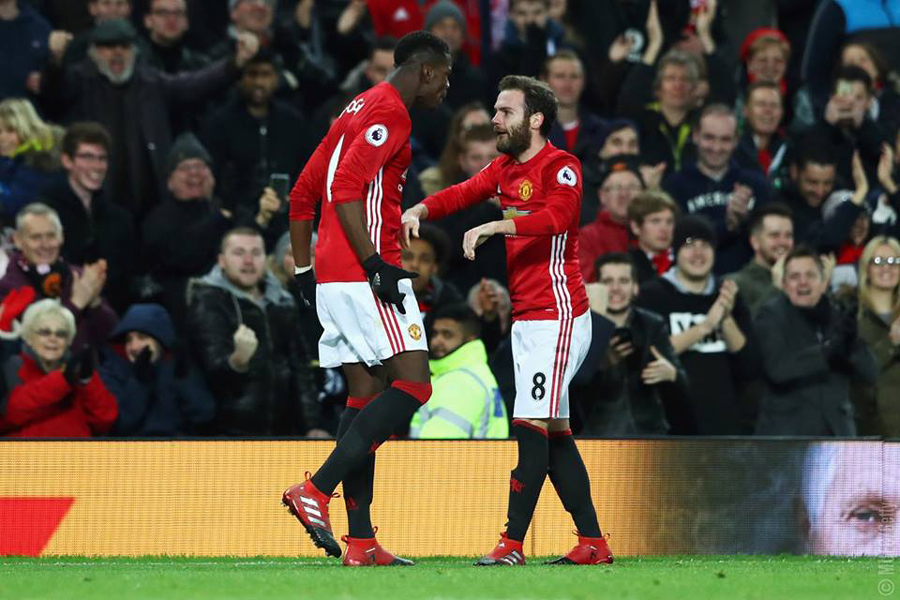 Happy 2017! With so many games to play during these holidays there’s no time for anything, but I don’t want to miss the opportunity to wish you the best and to thank you once again for meeting me up around here every single Monday. I hope your farewell to 2016 was good; for the team it was very good indeed, with a very special win: a thrilling comeback at Old Trafford to make the fifth win in a row in the Premier League. The team is doing well and we showed that against Middlesbrough, a good side with my friend Víctor Valdés having a great performance; I was very happy for him. We believed in the victory until the end and we managed to get the three points. I think we deserved it, and this win keeps the team in the right direction. In particular, we showed the character and big personality that this great club has always had. After the first goal we didn’t give up, and that is something vital.

The 2-1 gave us energy to celebrate New Year’s Eve with a special enthusiasm. As I told you last week, many of my relatives are at home with me these days, here in Manchester, so we had a very Spanish celebration. That includes the tradition of eating 12 grapes during the bell strikes at midnight (at Spain time). I know we are the only country with such a tradition, and we like to keep it because it makes us feel a bit closer to our families. Apart from that, we then celebrated the New Year at UK time, and we watched the typical fireworks, but there wasn’t time for partying because a training session and a trip to London were scheduled for the next day. As you know, we visit West Ham this Monday and we want to extend the good run of results. For that reason we have had a peculiar Christmas and New Year’s Eve, but I’m already used to that. It’s very important to rest well between games in this busy spell, and to avoid eating too much.

It’s the start of the second half of the season, and West Ham have plenty of good players. They did very good last season and this one they’re finding a good pace now. Playing at the Olympic Stadium in London is an extra motivation for all of us. We know it will be tough but it’s important for us to keep our level of performance.

And next Saturday we will start a very special competition for me: the FA Cup. We hope to defend the title won in 2016 the way this club deserves. We start at home against Reading. It’s the team of Jaap Stam, who is well-known by every Red Devil, and they are having an excellent season so far in the Championship, actually they are good candidates to promote to the Premier League, so we have to remain focused if we want to move forward in this competition.

I’m signing off now and I wish you the best (health and happiness) for the new year. I’m sure 2017 is going to be a great year for everyone, and I encourage you to keep giving your opinions through the social networks. I read what you say and I thank you for sharing your thoughts with me. This month is special for me and there might be a surprise for you very soon… ;-).