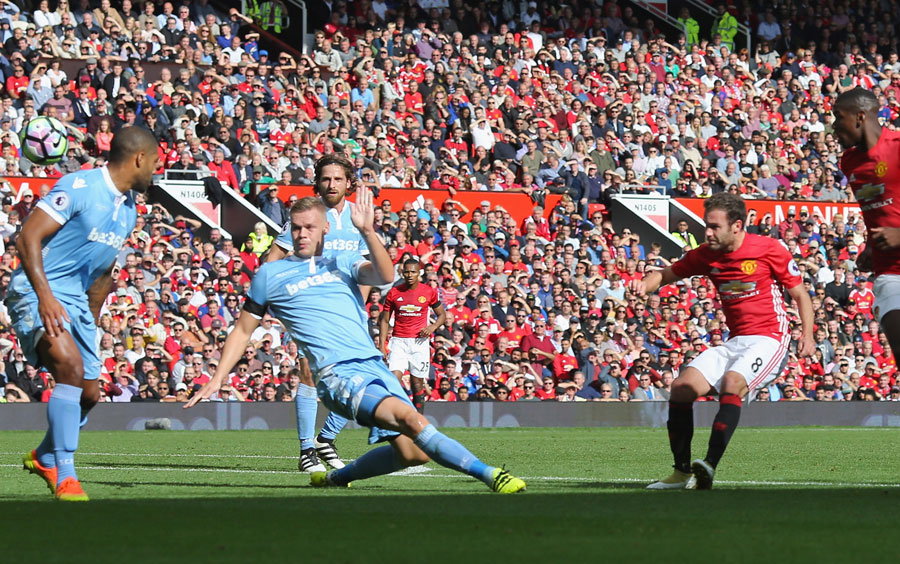 As I’m writing this I’m feeling angry because the team played really well but we didn’t win… We drew against Stoke, as you know, and I feel that we were very close to get the third win in eight days. It was a pity, that’s the truth. My perception from the pitch was that we were playing a good game, creating chances, passing the ball effectively, but we couldn’t complete our job. We have to take the positive aspects and know that if we keep playing like this, we will definitely get good results.

After a bad week with several defeats we did what we had to do: stand up and keep working hard to change that. We got to the next round in the EFL Cup, had a solid win against Leicester and defeated Zorya with work and experience. Against Stoke, the team was full of confidence and we wanted to keep the good streak. We did it in terms of football and the way we played, but not in the score.

We went for the victory since the beginning, we were better than Stoke and we felt that Old Trafford was supporting our effort. In the first half, we were very close to get a goal several times. We have to give credit to Grant for his great performance. In the second half we finally opened the score with a very nice goal from Martial, but in the last few minutes they took advantage of a good play to tie the game. We gave everything until the end but we were unable to get those three points that were so important and that (with all due respect to our rival) I think we deserved.

With only one point instead of three we are not in the best mood to take the international break, but we are aware that, at our level, everything is possible this season. We have five games in October that are very important and we will give our best to make it a good month. Manchester United has always had challenges and the one we have this season is still there.

Many times in sports you must learn to accept those games when, even if you do many things well, you don’t win. That is football, and that’s why it’s such a nice and exciting sport.

Having a look at other European leagues, there have been a few ‘surprises’; we are not the only team that didn’t win this weekend. In Spain, for instance, Eibar was able to grab a point from Santiago Bernabeu, and right afterwards Celta defeated Barcelona after an spectacular first half. There are no easy games. Even Atletico, although they had plenty of chances, struggled to beat Valencia. My former team is trying to go back to the place they deserve. Alves saved two penalties and, fighting with pride, Valencia was close to tie the game until they conceded a second goal at the end. It’s a big win for Atletico only a few days after a victory against Bayern (by the way, another team that couldn’t win, in this case at home against Cologne).

I’m signing off now. We’ll be back to the competition in two weeks in Anfield. It’s a massive game and we are looking forward to start working on it. Right now it’s time to rest and switch off. I will keep you posted 😉