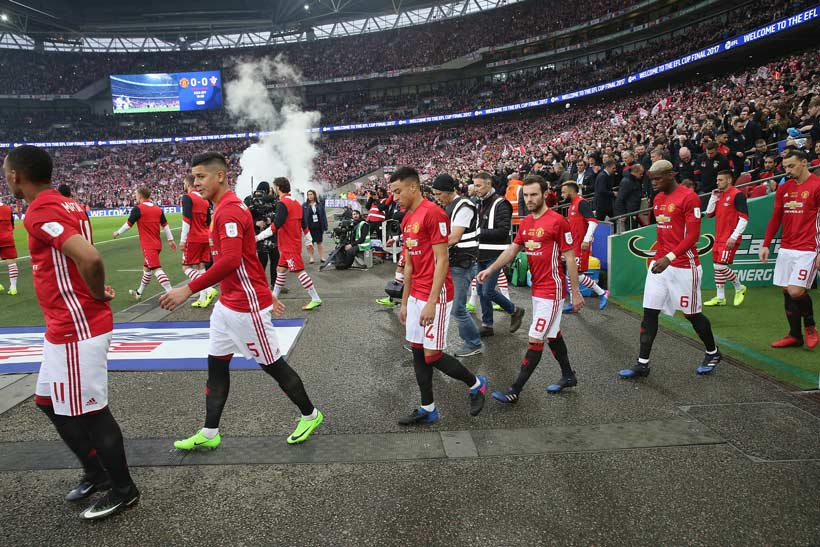 A special game with a great goal: going back to Wembley

Today I’m writing from London, from our pre-game hotel by the Thames. As you know, tonight we play the FA Cup quarter-finals against Chelsea at Stamford Bridge. Every game is important, but we are approaching that crucial part of the season where every tie will define our future in all the competitions we’re still playing, so tonight’s game is special.

First of all, because the FA Cup semi-finals are at stake. We are the defending champions and that, together with the recent visit to Wembley and the EFL Cup trophy, gives us an extra power in this great competition. And obviously, playing such a game against Chelsea, at Stamford Bridge, where I have felt very welcome ever since the first day, means that this is one of the games in the year that are ‘different’. It would be great news to go back to Wembley this season. The team knows it, and we are focused on that. I hope we have a great football night at the Bridge and we can make it through the semis, make all the fans that travel with us to London happy, and get closer to another trophy. We know it’s going to be complicated but we will give everything on the pitch.

We come from a 1-1 draw in Rostov and I think it’s not a bad result, given all the circumstances around the game: a long trip, a tough rival and the pitch conditions. Our goal on Thursday will be to get a ticket to the next round, this time with the support and strength that we always get from Old Trafford. Being in the quarter-finals of the Europa League would be a good signal that we are doing well, but, again, first we need a good performance against Rostov, before going back to the Premier League.

In Spain, the fight for the title is going to be very exciting until the end. After one of the most amazing comebacks I’ve ever seen in the Champions League, Barcelona suffered a defeat in Riazor, always a tough stadium and even more now, because it seems Deportivo is reacting with the new manager. The last four days of Barcelona are good to keep in mind that, in football, there is no truce; we should never take anything for granted. If you believe, you can get anything, but you must be aware that every rival will try to put you in trouble…

Real Madrid defeated Betis at the Bernabeu, 2-1, with yet another header from Sergio Ramos. His ability to score goals (usually very important goals) being a defender is just unbelievable. He’s one of the best defenders in the history of Spanish football, no doubt, and also a great person and team-mate. Meanwhile Sevilla, still fighting for the title, only got a draw at home against Leganes, and Atletico won away with a nice goal from Griezmann. Everything’s open.

Speaking about my country, this week has been the anniversary of March 11, a date that has a strong significance for everyone in Spain. It’s a day to remember all those people who lost their lives, and to remain strong and united against terrorism and violence.

I’m signing off now. I hope that we can enjoy a great game tonight and make it through the semis. Have a nice week, thank you for your support!

PS: Here my admiration and congrats to Xabi Alonso after announcing that he will retire from football at the end of the season. He’s had a fantastic career with plenty of titles and especially great football. It has been a pleasure for me to have shared so many good moments with him in the national team. He is, without a doubt, one of the best midfielders I have ever played with, his touch and vision on the pitch are amazing! He’s a good example of how important it is to use your brain in this sport. Congratulations and thank you, Xabi.