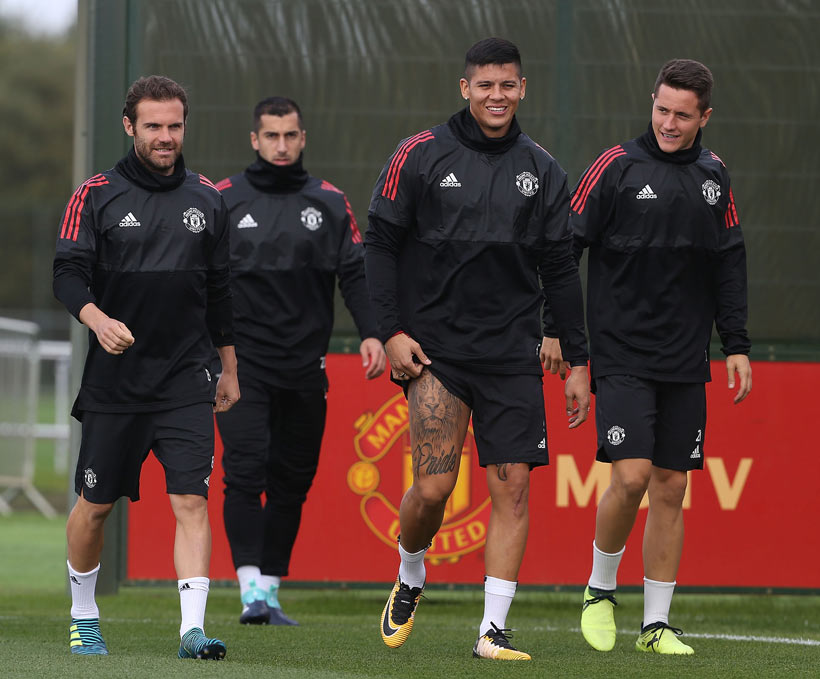 A special week with Anfield on the horizon

The weeks without a club competition seem a bit too long, don’t they? At least we have had some very exciting games with the national teams involved, and we are starting to know the full list of teams that will make it to the World Cup next summer. That’s the case of England and Spain, for instance. Both teams got a well-deserved passport to Russia 2018 as it was shown in the last friendly game between the two of them, more or less a year ago, at Wembley ;-).

There was no Manchester United game since my last post, so I can tell you now about the good news regarding Common Goal that I mentioned last week… We are lucky to open, this coming Thursday, an exhibition with some of the pictures we took in Mumbai, India, during my visit to the OSCAR Foundation, now that a group of kids from the Foundation is visiting England. We are very excited about this initiative. Obviously I’m not, and I don’t pretend to be, a professional photographer haha, I have a great respect and admiration for them, but aside from the pictures the aim is to take the visitors closer to our experience with one of the Common Goal organisations, and see how it uses football for social development and improving the lives of kids in the slums of Mumbai. The exhibition will be open to the public on Friday at the National Football Museum Hall of Fame. During the following four weeks, visitors will have the chance to support OSCAR Foundation’s remarkable work :-). I’d like to thank every single person who has made this nice initiative possible. The project acknowledges in a different way the ability of football to unite people and communicates through pictures the real meaning of Common Goal, who, by means of its framework of organisations, is working hard to help millions of people in the interest of social development.

Welcome @SergeGnabry, an example for all young football players that want to change the world through football. Willkommen!⚽️❤️? #CommonGoal pic.twitter.com/q7EEQNErhN

This past week we announced the public commitment of a young and passionate player like Serge Gnabry, and in the next few days we will give more names of other footballers from different parts of the world who are willing to join the movement. To all of them, and to all of you, thank you from my heart. We are building up a very special team.

Obviously, we also have to talk about our next Premier League game, in Anfield. This is one of the big games of the season without a doubt. There’s no need to say what it means for us and for our fans, and I hope that we can play a great game and take the three points to Manchester. We will try to extend our good run of results since the season started. I also hope that none of my team-mates has physical problems in the second game with the national teams as it was the case with Fellaini, to whom I wish a speedy recovery.

I’m leaving you now, I hope this is going to be a great week. Thank you for all your messages.