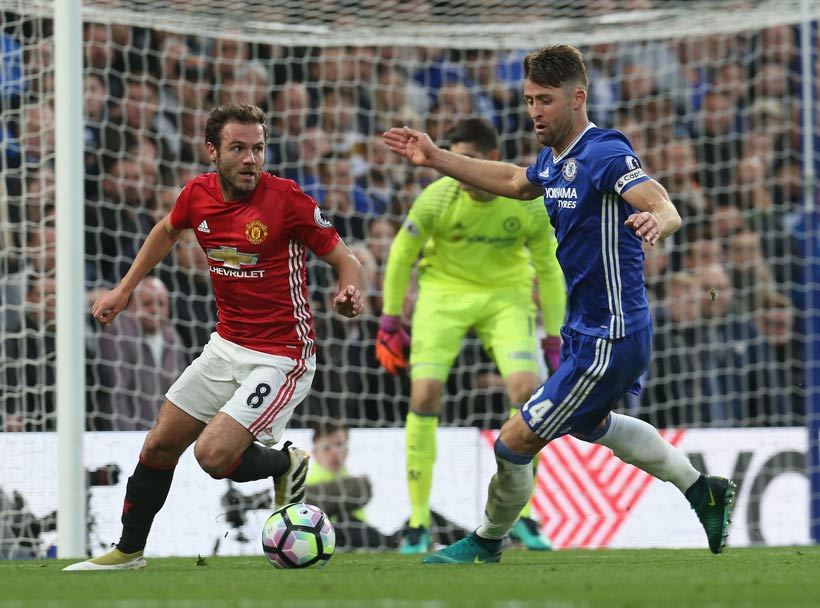 One week later we are back to the victories, just to validate the consistency and strength that the team is showing since the season started. Winning against Swansea in the Carabao Cup and Tottenham in the Premier League, in both cases with clean sheets, show what we’ve been saying on this blog every week: this team can compete. The two victories bring calm and confidence, and the one at Swansea also allow us to move forward in a competition where we are the defending champions. The next game will be against Bristol City in the quarter-finals, by mid-December, so there’s plenty of time now to focus on the other competitions.

For a start, the Champions League, this Tuesday against Benfica at Old Trafford. We have nine points and they have none, but being overconfident would be a terrible mistake. Benfica is not a minor team, they are one of the classic clubs in Europe and they need to win this game. We are fully motivated: three points would take us straight to the next stage, plus we play at Old Trafford, where our crowd created an amazing atmosphere last Saturday. It’s a very important game, there’s no doubt about it. That’s how we face it.

The same can be said about next Sunday’s match. We visit Stamford Bridge, a place that’s been very important in my career, as you know. That was already a few years ago, but my gratitude to the Chelsea people for what we lived there is still present. Beyond that, playing against the current champions is a true challenge, one of the toughest games of the season, and we want to show what we are capable of and get the three points. Millions of fans around the world are looking forward to this game. It’s one of the biggest days in the Premier League calendar.

In Spain, Barcelona remains unstoppable, with a win at the new San Mamés that reinforces their leadership and consistency at the top of the table. Valencia, a club that is really special for me, is second. They are having an amazing start this season, getting the three points in all kind of games and building up a very interesting project. My sincere congratulations to them. Meanwhile, Real Madrid had a slip-up in Girona against a team that is making its debut in the first division playing uninhibited football, keeping the same manager of the last few years, with whom they got promoted. Continuity is working quite well for them. Although the gap between Real Madrid and Barcelona is eight points –four points with Valencia, in the second spot–, I’m sure they will get closer to fight for the title. We are just in October and it’s in May where the leagues are won…

Last, but not least, on Sunday I had the opportunity to meet a wide group of representatives from our official fan club in Scandinavia, during their meeting at Tapeo & Wine. Getting to know their personal stories, and feeling the love and support they give to us from the Scandinavian countries, was just great. Thank you all!

I hope you have a nice week, and that our games can help to that ;-).

PS: I take this opportunity to congratulate England for winning the Under-17 World Cup in India. In particular to my team-mate Angel Gomes, who made his debut against Crystal Palace in the final game of the last Premier League season. He’s part of a great generation of players that can bring more success in the future. Congratulations also to Spain. Santi Denia’s team did an excellent job in this World Cup, displaying the main features of the Spanish football with which I feel so identified. There’s a fantastic group of footballers in the making.

And of course, congratulations to Lewis Hamilton after conquering his fourth F1 world championship. A fantastic achievement for the British sport!