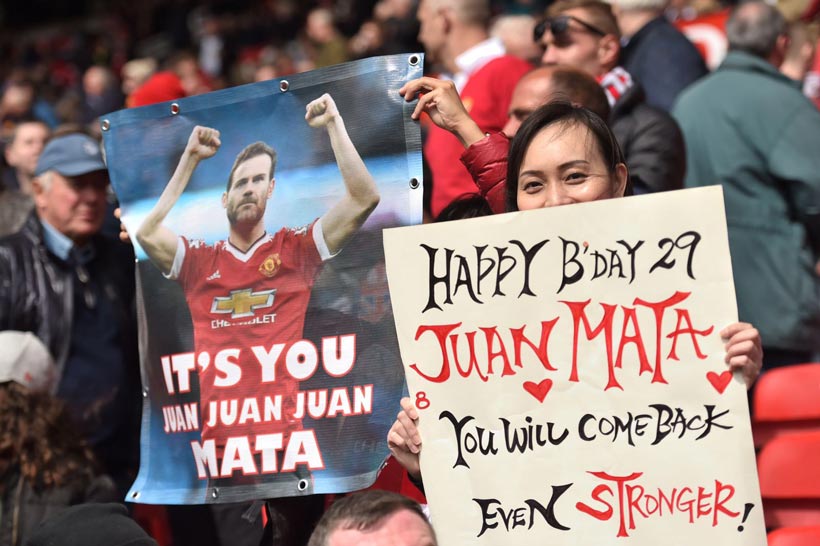 Very happy to be back

This week we’re having a mix of good and bad feelings once again, the latter being, of course, the draw against Swansea and Luke and Eric’s injuries. In this regard we’re being very unlucky, but we have to keep looking ahead. As for the game, we let two points slip away, again, when the win so much needed…

But there have been very good moments during the week as well, such as my being back with the team, and also my birthday. Thank you so much to all of you for your messages, it was a great day and, despite I didn’t get the present of the three points, I hope we can have a great season ending in the remaining few weeks… As regards to my recovery, I’m very happy and looking forward to helping the team in such an important moment of the year, enjoying myself on the pitch and, hopefully, lifting another trophy.

Hands up if you’re back in the #MUFC squad! ? #MUNSWA pic.twitter.com/sgDXjSL3oa

Two big challenges await us this week.
‎
First of all we have to visit Celta in the Europa League. I can say, without exaggerating, that they are one of the teams that play better football in Spain, and not only this season. Being back home will be special, but very difficult at the same time. We must perform at our best in order to beat them. Besides, a few days later we will visit another big opponent such as Arsenal, with three key points at stake. Every game from now on is a final for us, that’s how we face them.

Meanwhile, in Spain, the race to win the title is very tight and it seems we will have to wait until the last week. I’d like to take this opportunity to send my support to Osasuna and Granada after the relegation, and also to congratulate Levante for being back to the First Division. I hope Real Oviedo can follow them!

Something has happened yet another week that reminds me of my admiration for Rafa Nadal. Not only for adding another trophy to his remarkable career, but for being a leading example of self-improvement for all sportsmen and women, and never being carried away by pessimism or the bad times.

Have a nice week and thank you, as always!