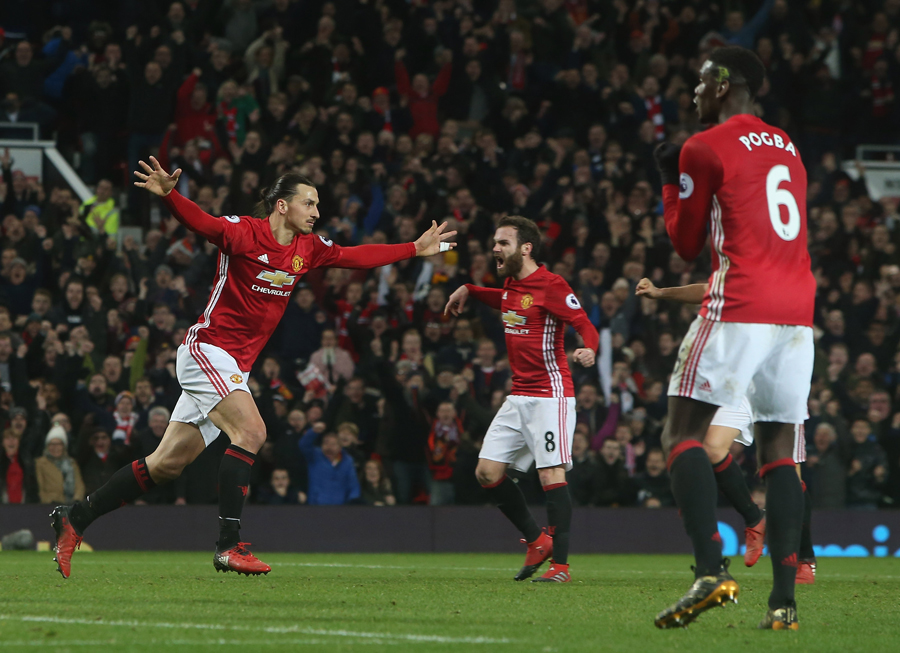 We fought until the end, but we didn’t get the score we wanted

As I write this, the adrenaline is still pumping due to the atmosphere at Old Trafford, where the fans, same as the players, believed in a comeback that we couldn’t produce, unfortunately. Liverpool scored first, from the penalty spot, and we couldn’t take our chances to equalise before the break. In the last few minutes we pushed really hard for the victory, which is something that United has done for many years in the past. Zlatan was able to tie the score, and we felt that, if the game had lasted a big longer, we would’ve won. It was a pity, because our goal was the three points, obviously… Perhaps we didn’t see the best football but it was a thrilling game full of rivalry. All we have to think about now is starting over and trying to win the next game. The team showed pride until the end, and Old Trafford fought with us, as always. It’s time to recover for the next weekend because the competition goes on.

Now we have a few days to prepare the game against Stoke City. It’s always a complicated visit, and they have won two consecutive games. As I’ve said before, we must focus on ourselves and play our best football. That’s what we have been doing for the last few weeks, with ambition and confidence. There are very important weeks ahead in the calendar, with games against our main rivals, and we must get as many points as possible to keep moving closer to the other teams. There’s still a long way to go…

In Spain, Barcelona had defeated Las Palmas on Saturday, playing good football, so on Sunday everybody was keeping an eye on the main fixture of the weekend, between Sevilla and Real Madrid. Both teams had played a great game in the Spanish Cup three days earlier so all of us were looking forward to seeing something similar. I was able to watch the second half when I arrived home and it was thrilling. The local team, with a comeback at the end of the game, showed why they are fighting for the title and also in the last 16 of the Champions League. Their football style is bold and full of talent, and it’s producing good results and very exciting games.

Of course, I was really happy to see Valencia winning again with Voro. Four points in the last two games will help the club get better. Now it’s time to stick together even more and keep finding good results. I’m sure that things are going to improve; I send all my support to you from here.

Also, the Africa Cup of Nations has just started, as you know. It’s always a good opportunity for me to get to know new players and watch a few nice games in a continent that brings me great memories… Every game is a party there, with a very colourful atmosphere in the stands. So which team do you think is going to lift the trophy this year?

Thank you for supporting us all around the world; you give us strength. I hope you have a nice week.