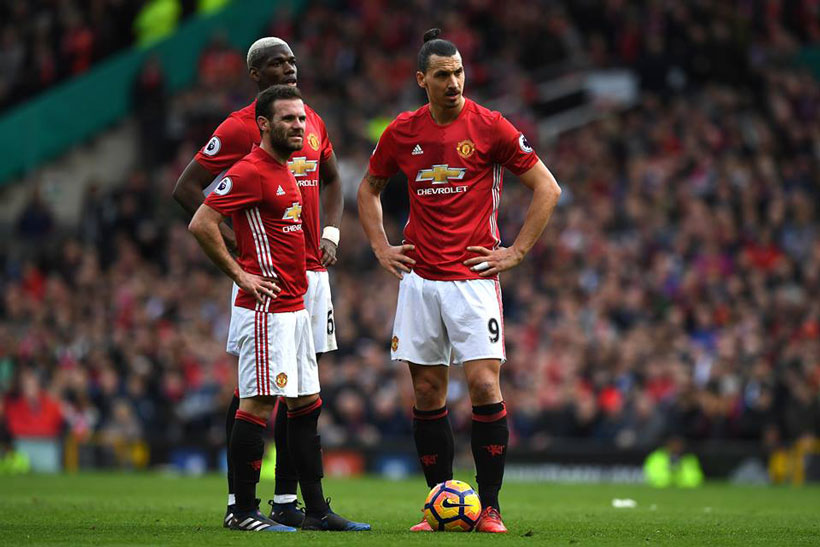 We let two points slip away

This weekend has ended is a less cheerful way than the last one, when we won the EFL Cup title, as you know. All of us felt very frustrated after the draw against Bournemouth on Saturday, it’s the same feeling that we had a few months ago after some similar games at Old Trafford. Unfortunately, we have that sense of déjà vu again. We played good football, we created chances, but yet again we weren’t efficient enough to turn that into a better score. We let two points slip away, that’s clear, and all we can do now is to look ahead because we are facing many challenges in just a few days. As I always say, the good thing is that soon after a defeat you have an opportunity to make it up. Football doesn’t stop and it always gives you another chance to release your rage doing what you like most.

We have four games to play before the international break and each of them is going to be a special challenge. First of all we have the Europa League tie against Rostov, including a long trip, that is going to test the strength of the team in every sense. The Russian side is particularly strong at home: this season they have defeated Bayern Munich and Ajax, for instance. That gives you an idea of how tough they are.

And four days later we will play in the FA Cup against Chelsea at Stamford Bridge. Another key game, a top-level tie in such a special competition. We will need to play a great game if we want to celebrate back-to-back FA Cup titles at Wembley.

On Sunday I watched a few games of Spanish football, but the most important moment of the weekend, in my opinion, did not happen on the pitch. It was a relief to see Fernando Torres seating in the box at the Vicente Calderon, already recovered after the big scare a few days earlier, and the affection to him showed by the crowd. I’m very happy that it wasn’t anything serious; he will be back scoring goals very soon, as always.

Before signing off I’d like to congratulate all the Spanish athletes that did so good in the European Indoor Athletics Championships that took place this weekend in Belgrade. In general, I have to praise all the athletes that have participated there, and that dedicate theirselves to train day after day and to dream with new challenges.

Have a nice week and thank you for your support. Hugs,

‎
PS: What book or TV series do you recommend me for the long trip to Russia?