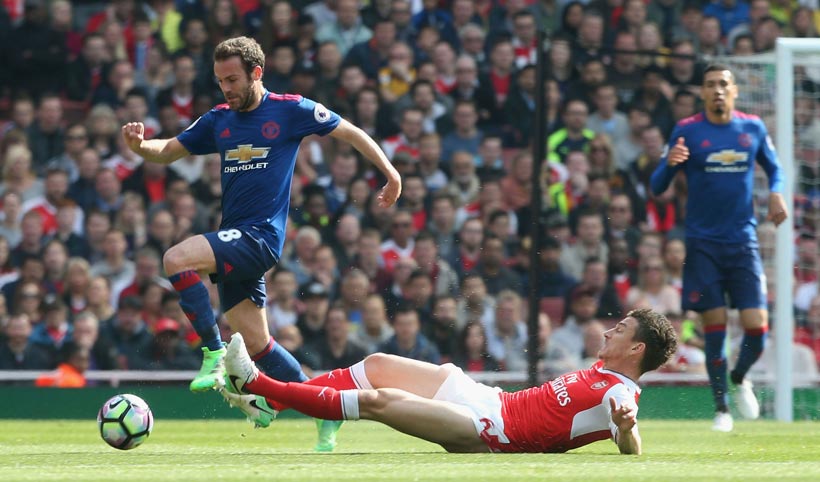 We must be positive until the end

Obviously, our game this weekend has had a disappointing result, but once again I prefer to take the positive side. On one hand, I was back on the pitch after several weeks out, and I felt good physically, which is something positive because the end of the season is going to be thrilling. I was back doing what I like the most, and I’m really excited about being able to help the team as much as I can in the final sprint. Another positive aspect of the game was the debut of both McTominay and Tuanzebe, a sign that the Academy is doing a good job; I’m really happy for them. I think the game was more or less even in the first half, with both teams creating chances, but they were lucky with the first goal soon after the break, and with the second one only a few minutes afterwards things turned quite complicated for us…

As I said, we have to focus on the remaining fixtures, starting with Thursday’s important match: the Europa League semi-final second leg against Celta. Our options of entering the Champions League through the Premier League have decreased after this week, but we will keep on trying until the last game, first at Tottenham this coming weekend. As you know, the other way is by winning the Europa League, and we’re going to give everything we have for that goal. We need to play a very solid game against Celta; we have an advantage but I’m sure they will come here hoping to turn the tables and they will be a dangerous team.

Meanwhile in Spain, Real Madrid and Barcelona continue their title race. Zidane’s team had a great result against Atletico in the Champions League and they have to play the second leg this week. They have many tough challenges ahead, let’s see how they cope with them.

Thank you very much for your messages of support after the defeat, and also for your support during the weeks of my recovery. Now I’m back and I hope to finish the season in great shape, celebrating a European title and winning the remaining games in the Premier League.