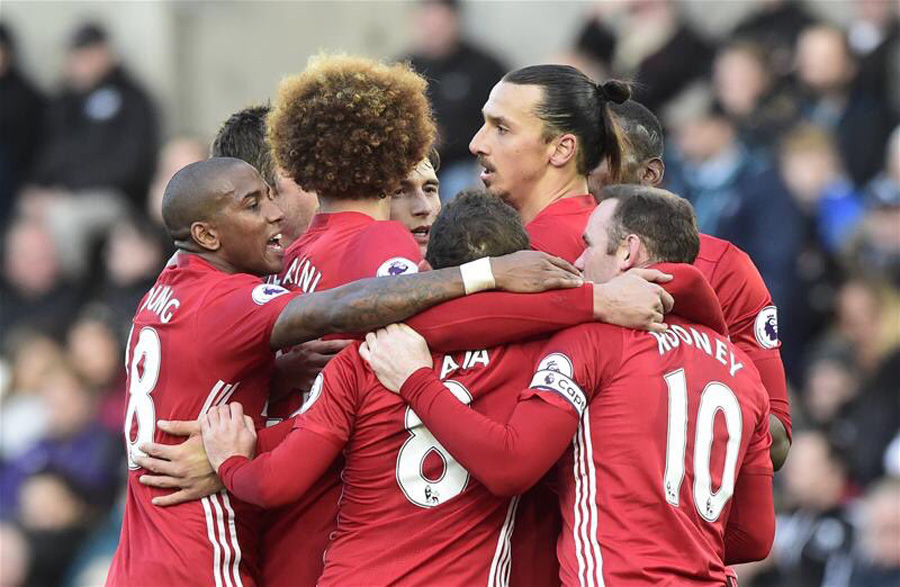 Posted at 09:55h in Others by Javier Brizuela

The team needed a win like this one. And so did you. We went to play Swansea with a need to recover once again after a negative result during the week, as we showed from the kick-off. We have to find that consistency in the scores to approach the top positions of the table, and I’m sure we will be close to that goal if we are so focused and play with such intensity as we did this Sunday. The score was important, but also how we got it, in my opinion. We did a great first half, controlling the game through the ball, and we were very efficient with our chances, so at the end we won and this is the best possible way to face the international break. Obviously, Swansea got better in the second half and they tried to put us in trouble, but despite their goal I think we showed character to keep the three points. It’s a boost of confidence ahead of our next game in the Premiership, against Arsenal in Old Trafford, one of those games that everyone likes to play. To finish with the match in Wales, let me just say that I was very happy to meet Fernando Llorente, with whom I shared magic moments in the Spanish national team, and also Borja Bastón and his family; his dad played football with my dad some years ago…

As every year by November, you have noticed that we wear a poppy on our shirts. Most of you know the reason, but there’s always somebody who asks about it, and I’d like to remind you that the poppy is a symbol to remember those who have died in wars. Here in England people show great respect for these traditions and, year after year, I get very impressed with the atmosphere in the football stadiums when ‘Remembrance Day’ approaches. This memorial day marks the day World War One ended, on the 11th day of the 11th month, at 11 am.

Talking about remembering people, I’d like to send a big hug to Robin Van Persie. I hope his eye injury after a collision during a game is not as serious as we initially thought, and he gets well very soon.

Speaking now about La Liga, this Sunday we watched arguably the most spectacular game so far in the championship, and also a very important one for the standings: Sevilla-Barcelona. It had everything: a frantic pace, alternatives, chances, saves, good football… One of those games that every football fan likes to watch and that is going to be discussed for a few more days. Early in the morning, Real Madrid had increased the gap by defeating Leganés. During the training camp with the national team we will go over these games and talk about goals, chances, dribbles, misses… As usual 😉

Now we have a few training sessions in Madrid and later on we will go to Granada, a city that I especially like. We play against Macedonia and I hope we win because our group is very difficult and it would be very important to remain strong. The last time we played against them it was a tough game, in Skopje. I was lucky to score and we won 0-1. It’s not going to be an easy game and we are aware of that.

Have a nice week and thank you for your support, in particular to the fans that travelled to Swansea. We are very happy that you went back to Manchester in a good mood. Hugs,

PS: Thank you very much for the way you have welcomed the ‘Matamundi’ (Mata´s World Map), perhaps the most original section on my website. We will keep updating it, because I hope to keep visiting new places thanks to football 😉