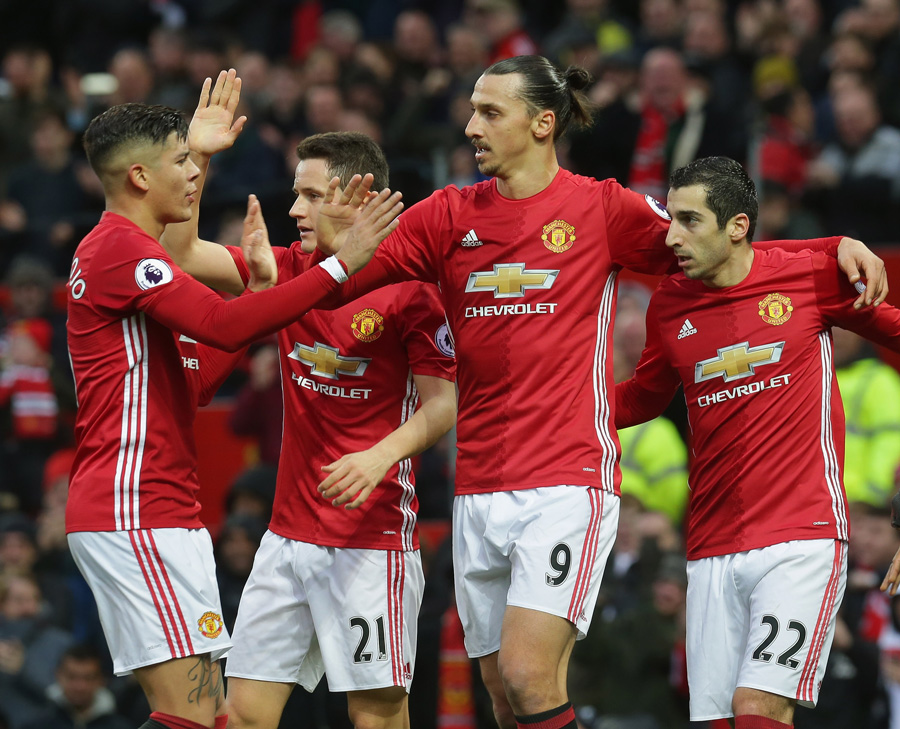 A week to get confidence

The week has passed very quickly. It’s quite usual when you play so many games with a few days difference, even more after the long trip to Odessa. As you know, we defeated Zorya in Ukraine, earning a place in the knockout stage of the Europa League, which was our goal. We take this competition very seriously and we hope to keep going forward and start 2017 alive in all competitions. The draw takes place this Monday so we will keep an eye on it. There are a few big teams involved, including those coming from the Champions League.

It’s been a positive week with two wins. As I told you here a week ago, this is what the team needs in order to get confidence and feel that the work we’re doing is bearing fruit. Tottenham is a very competitive side, they had lost only once in the Premier League this season, which gives more value to our victory in Old Trafford this Sunday.

Now we have two away games in a row so there’s nothing to celebrate. As from now we start working on the game against Crystal Palace, to extend the good streak. Selhurst Park is always a difficult stadium to get the three points, and the same applies to The Hawthorns. Both games will be very demanding. Crystal Palace are trying to put distance with the relegation zone, and West Brom are proving to be a solid team this season, tough to beat, but we have to keep working well to get closer to the top side of the table.

In Spain, both Real Madrid and Barcelona won, the former with a comeback at the very end, and the latter without such agony. It’s true that you can’t celebrate anything at the Bernabeu before the final whistle. It’s kind of a tradition that the team manages to keep alive, as we saw with Sergio Ramos’ goal once again.

Also, this weekend there was a Zaragoza-Oviedo in the Second Division. Ander Herrera and me have been talking about it for days -being these teams so special for both of us-, showing some rivalry about what the score would be. At the end Zaragoza won 2-1, but I hope to see both teams fighting for the promotion at the end of the season. I really do.

Sadly, last Saturday all of us were shocked by something that has nothing to do with sports: the attack near the Besiktas stadium. I would like to send my condolences to the families and friends of those who lost their lives. I hope we can stop suffering attacks like these, once and for all.

Have a nice week, and thank you for your messages. I do read them!

PS: The retirement of Álvaro Domínguez this week due to back problems should make us think about the physical sacrifice inherent to professional sports. We should recognise how lucky we are when we escape from being injured. Álvaro was my team-mate during the European Under-21 Championship in Denmark and I’m sure he’s going to have a bright future. He’s a great guy and I wish him the best.