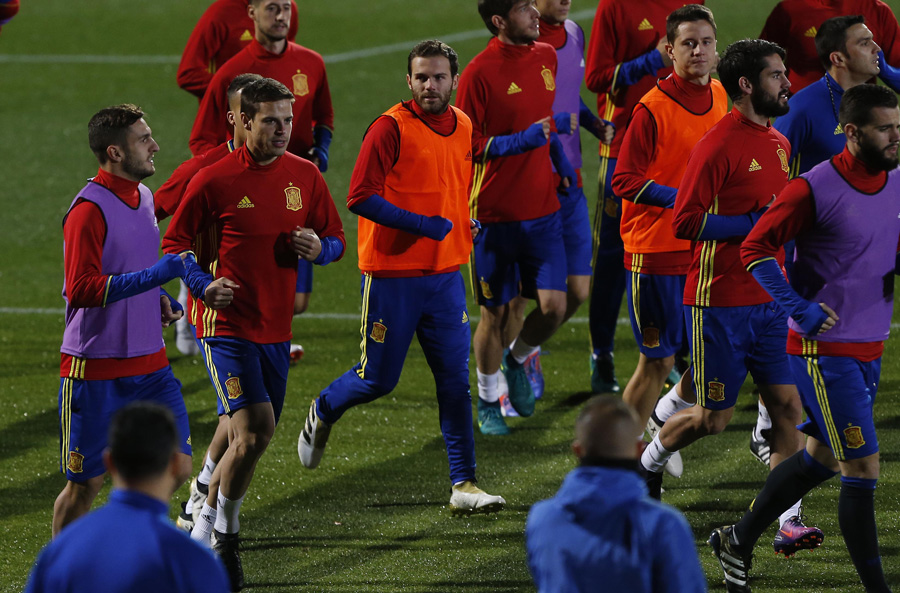 Welcome to the home of English football

Today I’m writing from London. We have landed here from Granada after Saturday’s game against Macedonia.

We are staying in a hotel just opposite the stadium and from my room I can see this historic venue where I have had very exciting moments. As I said before, last Saturday we got an important win against Macedonia to follow the pace of Italy and Israel and remain on top of the group. In particular, I’d like to congratulate Aduriz for a historic goal (it’s commendable that he keeps himself in such a good shape year after year), and Monreal for his first goal with Spain. Before taking a break with the national team until March, we have a special date. As you know, Wembley brings me very good memories, such as my –so far– two titles with Manchester United (the FA Cup and the Community Shield this year), together with the 2012 FA Cup when I was playing in Chelsea, which was my first trophy in England.

In this call-up with Spain we have several players from the Premier League who know well this important venue, but other team-mates have never played here, especially the younger players. They want to know, from our experience, about the stadium and the English team. Obviously, they already know what Wembley means to the English football but I think they will understand better when the game kicks off… I’m sure it’s going to be a nice game with a great atmosphere. England has a fast and talented squad, with good footballers that are trying to find the best way to perform when they are together. Some of them are our team-mates in Manchester United, such as Wayne Rooney, Jesse Lingard and Marcus Rashford. I take this opportunity to highlight, once again, the importance of Wayne, their captain. He’s got amazing stats with both the national team and United, and it’s going to be a pleasure to meet him again while playing with our respective countries. If I’m not mistaken, this will be my third game against the Three Lions. We will try to enjoy on the pitch; I hope we can see a spectacular game!

Following this friendly game, all six players from Manchester United will go back home to get ready for a frenetic second half of November: four games in Old Trafford. The team is eager to find a good streak, and after defeating Swansea we are looking forward to playing Arsenal the next weekend. We want to give our best. A good atmosphere at the stadium, as always when we play against Arsenal, can take us one step closer to the victory. The top side of the Premiership table is very tight and we are going to work hard to keep a good streak and approach those top spots.

Aside from football, I’d like to remember Leonard Cohen, an artist whose work goes beyond music. He left us this past week. I encourage you to learn about his writings and songs; it’s really worth it. As a proof of that, you can watch his acceptance speech at my home Asturias when he received the Prince of Asturias Award for Literature. We will always have the legacy of his music.

Have a nice week. I hope you can enjoy a great night at Wembley. It’s a good game for that. Hugs,

PS: I’d like you to meet my friend Martín. He’s a wonderful person whose life changed completely in 2014 when he was diagnosed with ALS. He never broke down though. Far from that, he reinvented himself and kept fighting for his dreams and his needs, to show everybody that life goes on, and that his will power is commendable. Now, he has build up a project that I’d like you to know, because we all can learn from it. After all, as he always says, “reinventing oneself is life”. Please, have a look at his story and let other people know about it: www.reinventarseesvida.com. You are great, Martín!