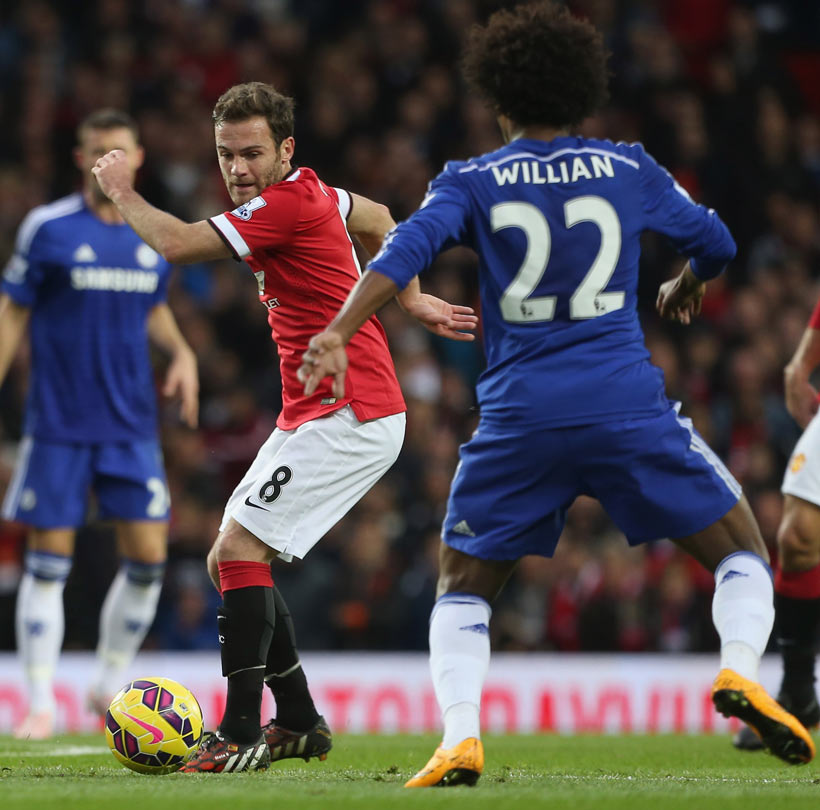 Juan Mata will face Chelsea on the day of his anniversary. Manchester United needs the victory to not lose sight of the fourth place. At the London Club, ManU number 8 won three titles (the Champions League among them) and had excellent track records (32 goals and 58 assists in 135 games).

On Sunday, Juan Mata turns 31 years old and Old Trafford hosts a clash between two very special clubs in the Asturian´s career. Manchester United and Chelsea face each other with the qualification for the Champions League at stake. The Red Devils are just three points behind the London side.

Wednesday´s defeat against Manchester City (0-2) has dented ManU's hopes of reaching the fourth place. To keep their chances they must win Chelsea, a team in which Mata left his mark during his spell. His stay with the blue team can be summed up in 32 goals and 58 assists in 135 games. 135 games that allowed him to lift the Champions League, the Europa League and the FA Cup trophies, in addition to being awarded twice as best player of the season (in 2011/12 and 2012/13, the two full seasons he was at Chelsea).

Juan Mata was part of the starting XI in the two matches played this season against the Sarri team. Both were at Stamford Bridge (a draw in the Premier and a victory in the FA Cup). In this last tie (0-2), which meant the qualification for the last 8 of the FA Cup, the performance of the Spanish international was praised by Solskjaer.