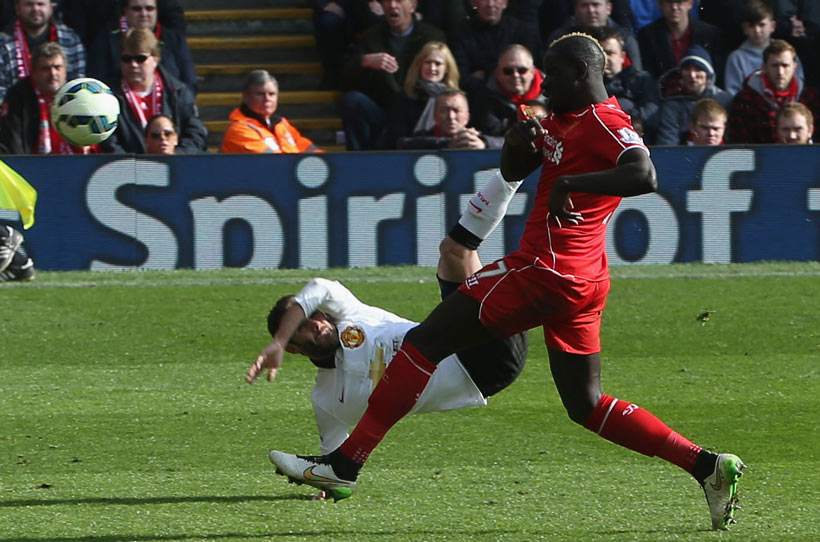 This Sunday marks the fifth anniversary of Juan Mata’s double at Anfield. United won 1-2. The second goal of the number ‘8’, with a scissor kick, was the best of the course for Mancunian fans.

Five years have passed already, but the impact of that performance resonates in the memory of any Manchester United fan. On March 22, 2015, in an exceptional setting -Anfield-, Juan Mata was the protagonist of an unforgettable afternoon.

Watch our victorious trip to Anfield from 2015 at 16:00 GMT on our website or app ?‍♂️#MUFC #MatchRewind pic.twitter.com/1OR6FjNo1b

It was Louis van Gaal’s first year on the Red Devils bench and it was the Asturian footballer’s first full year at United. Opposite was Liverpool, the historic rival. The team did not have the potential of the team that won the Champions League in the Wanda Metropolitano, but the team of Brendan Rodgers had grazed the conquest of the Premier League the previous year; and Anfield is always an important factor, whatever the context of the encounter in question.

Mata soon left his mark on a sunny afternoon. On the 14th minute, he took advantage of a great pass from Ander Herrera and beat Mignolet. He did it with a precise touch with his right leg. The left-footer was reserved for the best moment of the crash, and one of the brightest of that campaign. On the 59, he combined with Di María, the Argentine returned the ball and Juan introduced it into the local goal with a spectacular scissor kick.

Sturridge made the 1-2 and Rooney missed a penalty, but all three points traveled to Manchester. At the end of the season, United fans chose that second goal at Anfield as the best of the season.

“It was a very special day for all of us, and for me personally,” Juan said recently. “It was always going to be remembered, like the fans remember the Diego Forlán goal or the John O’Shea one at Anfield.”