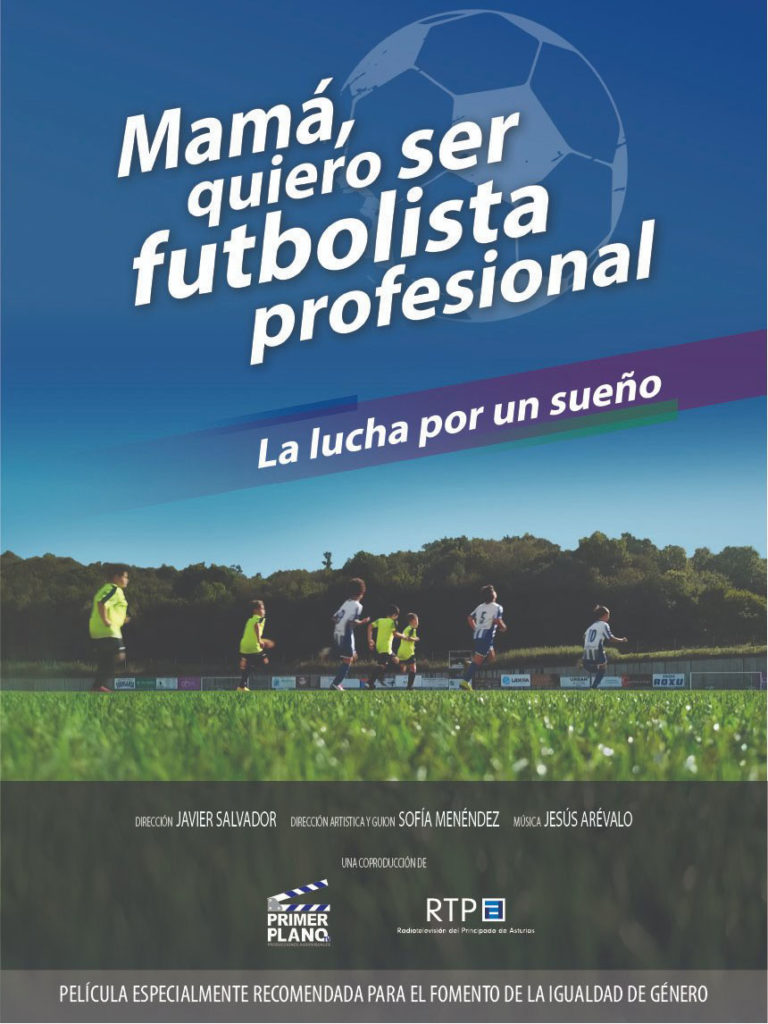 The documentary ‘Mom I want to be a professional footballer’ has been presented in Gijón. Juan Mata has participated in a production focused on an Asturian boy and girl who aspire to reach the elite.

‘Mom, I want to be a professional footballer.’ This phrase, which so many boys and girls have said at some point, is the title of a 50-minute documentary produced by the Asturian company ‘Primer Plano TV’ and the Television of the Principality of Asturias (TPA). Juan Mata has participated in the content, which is centered on two stories: that of a nine-year-old boy who plays for CD Romanón and that of a 13-year-old girl who develops her passion in Oviedo Moderno. “It’s very nice to have dreams when you’re a child, and fight to make them come true, but you also have to be clear that studies are a priority,” says Juan.

The Sala Auditorium of La Laboral (Gijón) was the scene of the preview of ‘Mom I want to be a professional footballer‘. The event was attended by José Manuel Franco, Secretary of State for Sport. This Asturian initiative -which aspires to have international projection- was developed during the year 2020, in a few months that were especially complicated due to the pandemic. It was about generating illusion in a context of enormous difficulty.

The production tells the stories of two applicants with a very complex path to fulfill their childhood dream. Only five out of every 10,000 manage to reach the elite. In the documentary, more than 30 people related to football in its different fields (including Juan) contribute their advice and experience to the little promises. “People like Abelardo, Juan Mata, Michu and Javi Fuego explain that, no matter how high-quality they are, studies are essential,” said Sofía Menéndez, the documentary’s screenwriter, in an interview with the Asturian newspaper ‘El Comercio’.

‘Mom I want to be a professional footballer’ has received a positive assessment from the Higher Sports Council. In addition, the Institute of Cinematography and Audiovisual Arts (ICAA) has distinguished the production as “especially recommended for the promotion of gender equality”.

The documentary will be screened in the near future at the Odeón cinemas in Avilés and at the Prendes Theater in Candás. It has also been presented at the Málaga International Festival, DocsBarcelona and Bilbao.