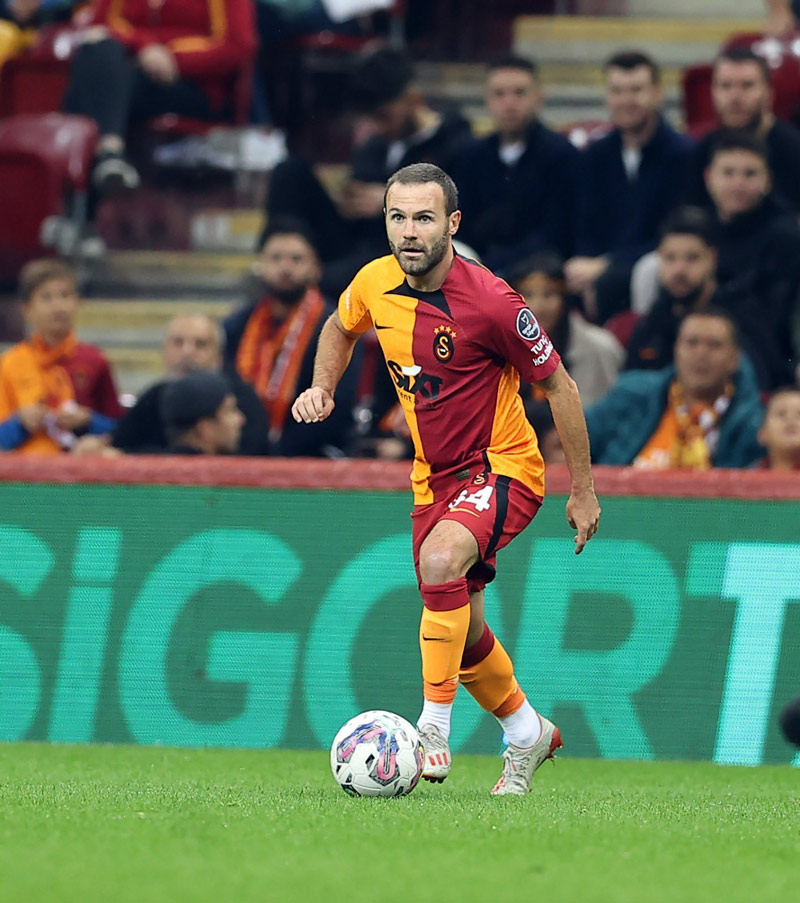 Mata made his debut with the Galatasaray shirt in a friendly against İstanbulspor (2-1). In his new adventure, he has chosen the number 64 in memory of the year of his parent’s birth.

Two weeks after signing him, Juan Mata made his debut in the Galatasaray Spor Kulübü shirt. Despite being merely a friendly, the Stadium and the atmosphere adorned a special day. Thousands of fans attended the Ali Sami Yen Spor Kompleksi NEF Stadyumu (with a capacity of more than 50,000 spectators) to support their team against İstanbulspor, another team from the Turkish Super League.

Although it was not significant, the result (2-1) also accompanied, and Juan had the opportunity to show his quality in many moments. Just one minute after the start, a great pass from Mata was about to become the first goal of Mauro Icardi, another of Galatasaray’s brilliant additions in the transfer window. The Argentine striker scored the winner in the second half with a Panenka-style penalty shot. A penalty after an action in which Juan also participated. Barış Alper Yılmaz scored the other goal for the home team.

“Galatasaray has been an important club in Europe, Turkey’s biggest and most successful team. I needed an experience like this in my career to continue competing at the highest level and win titles,” said the Spaniard after the match. “I am very grateful for the reception and support the fans give us.”

Tribute to his parents on the number

The colour of the shirt that he will wear this course has not been the only thing that has changed with Mata’s arrival in Istanbul. The Spanish international has taken advantage of the fact that in Turkey, it is possible to choose a number up to number 99 to opt for 64. This curious choice is due to a nice detail he wanted to have with his parents. His parents, Juan Manuel Mata and Marta García were born in the same year: 1964. It can also be understood as a tribute to his mother, who died last year.

64 is the last number on a list the Asturian footballer has worn throughout his successful professional career. Since his signing for Manchester United in 2014, Juan Mata wore number 8. Previously he had worn 16 (Valencia), 10 (Chelsea) or 13 (World Cup and European Championship with Spain).