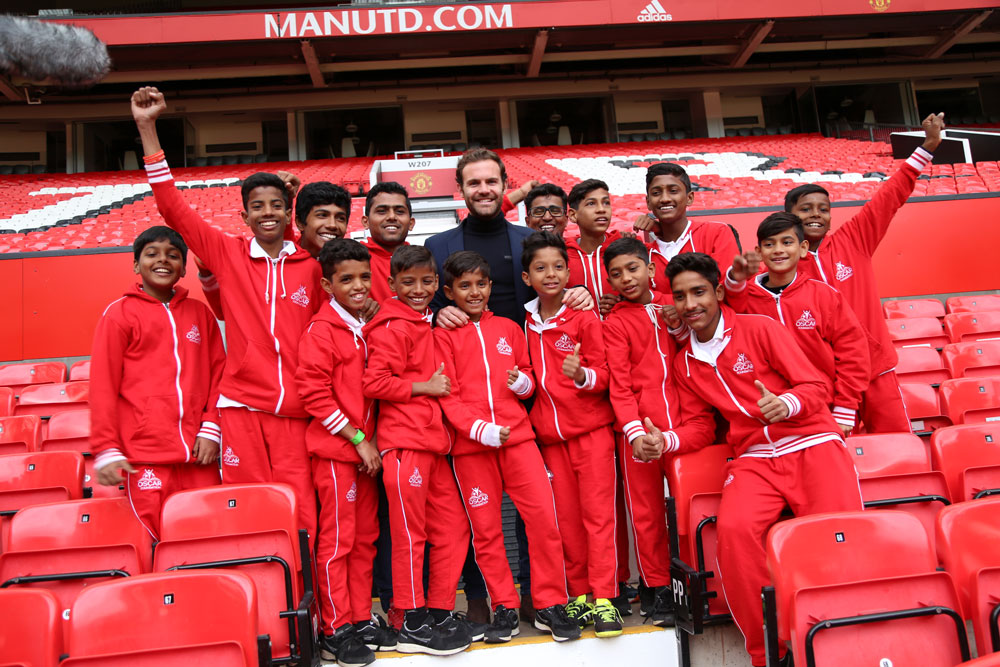 Juan Mata, awarded by the Sports Press Association of Madrid

The work of the Manchester United footballer with Common Goal has been recognized again. Juan is one of 2019 elected by the Association, which will deliver the awards on January 27, at its annual Gala.

The Sports Press Association of Madrid (APDM) has awarded Juan Mata for his work with Common Goal. After an extraordinary meeting of its board of directors, the APDM has revealed its list of winners for 2019. Among them is the Manchester United player, as the Association "for his solidarity idea of promoting the Common Goal initiative for players around the world to donate 1% to solidarity causes."

Apart from Juan, Pablo Laso, the Spanish tennis team, both Spanish men's and women's basketball teams, the Spanish women's handball team or the U21 and U19 men's player teams have been awarded.

The awards will be presented at the annual APDM Gala, which will take place on January 27 at El Corte Inglés shopping centre in Sanchinarro (Madrid). Besides, the body chaired by José Damián González will honour Blanca Fernández Ochoa and Mari Carmen Izquierdo.

Mata's decisive contribution to the foundation and Common Goal's expansion (an institution that gathers persons and companies related to football to donate 1% of their income to a central fund that then distributes the money among several projects that use football as a tool to help the world) are the reasons why Juan has received the Reina Sofía award and the Enrique Castro 'Quini' award. Also, he has been able to explain the project in events such as the World Economic Forum and the World Football Summit.