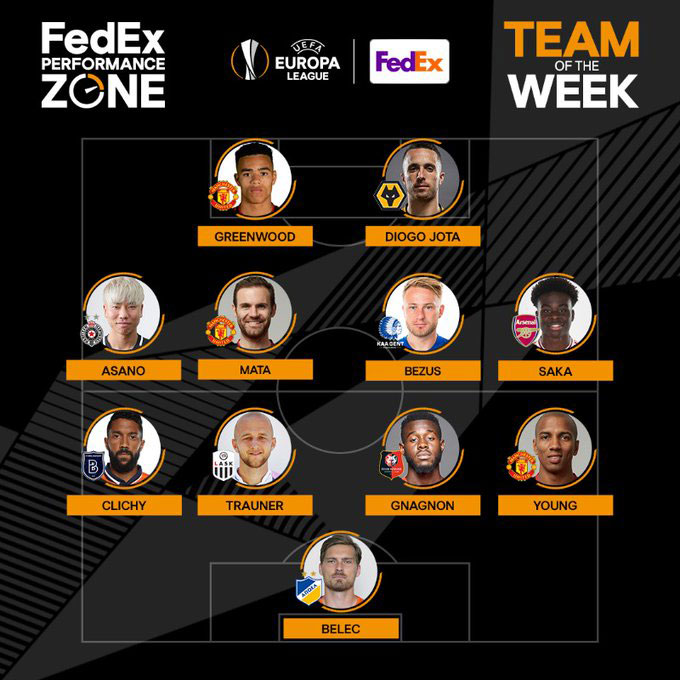 Juan Mata on the Europa’s League Team of the Week

The Asturian player did a great performance on United's 4-0 against AZ Alkmaar. He scored a goal, gave two assists and succeeded on 93% of his passes.

Juan Mata's great performance against AZ Alkmaar has had a reward. The international Spaniard has been selected as one of the Europa League's best players of the week. Juan played the whole match against the Dutch club. During the match, apart from the goal and the two assists with which he contributed to the 4-0, he had a 93% passing accuracy and generated three occasions for his teammates. Added to this, he proved his abilities in several actions.

Next to Juan, his teammates Ashley Young and Mason Greenwood are also in the Team of the Week. After the match, Mata praised young Greenwood, who scored two goals: "Every time he plays he scores. In training and in games, he might not touch the ball a lot but when he’s in the box, he’s a proper finisher. He’s a killer in the box."