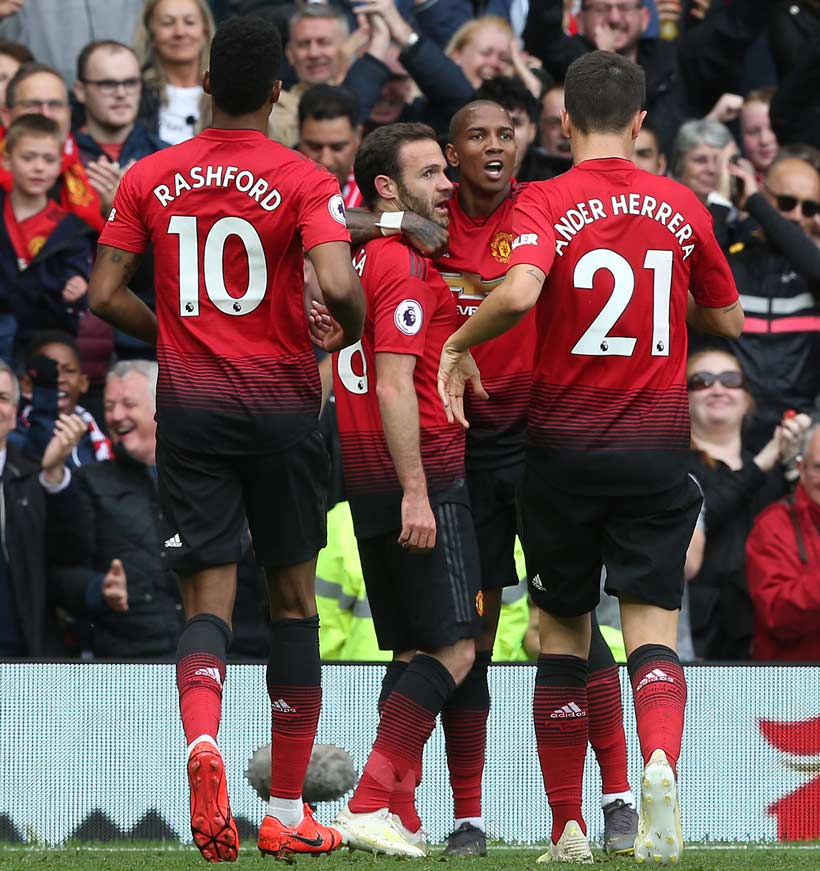 Juan scores in the draw against Chelsea

Mata scored the 1-0 for Manchester United after a great collective play. Marcos Alonso scored the equaliser for the Blues. ManU still three points adrift of the fourth place, occupied by Juan's former team.

Juan Mata returned to the starting XI in United's draw against Chelsea at Old Trafford (1-1) in game-week 36 of the Premier League. And he did it with a great performance and scoring the opener in the 11 minute. Juan has started in the three games played against his former team. There he left his mark after his spell.

"The feeling is disappointment."

Today's goalscorer spoke to #MUTV after the match. #MUFC pic.twitter.com/TnmM26sNW6

On the day of his birthday, Juan didn't take long to attract the attention after an excellent collective play that finished Mata after Luke Shaw pass in the 11 minute making the 1-0. Juan linked up perfectly the line of three midfielders (Matic, Pogba and Ander) with Lukaku and Rashford, and also excelled in defensive duties defending Jorginho when Chelsea had the ball. He finished his performance with 84% pass accuracy and made three crosses, one of which was close to a goal.

2 - Excluding own goals, Juan Mata is the second player to score for both clubs in Premier League meetings between Chelsea and Man Utd, after Mark Hughes. Conflict. #MUNCHE pic.twitter.com/l70T9diwbh

The visitor goal was scored by Marcos Alonso, in the minute 43. The 1-1 draw leaves United three points behind the fourth place, occupied by Chelsea itself. There are only two game-weeks left until the end of the Premier League. Next Sunday, the Red Devils will visit Huddersfield Town.

Juan Mata has scored against Chelsea in the Premier League for the first time, meaning he has now scored against all 18 teams he has faced 6+ times in the PL.

A precious goal against his former employers. pic.twitter.com/sotdoDUWcw