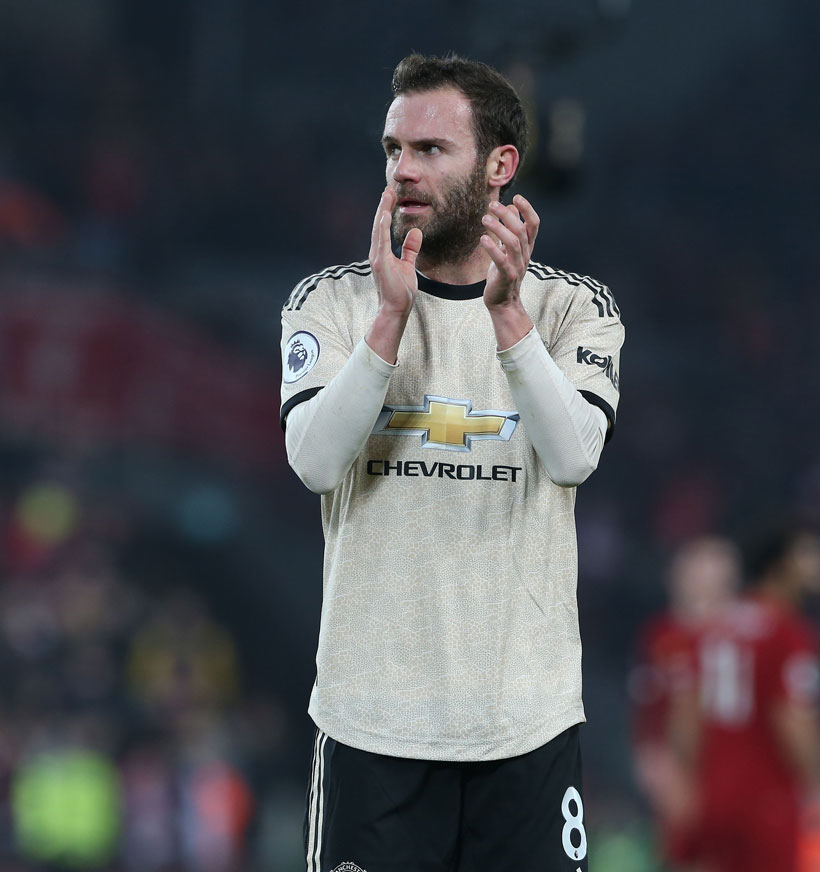 Solskjaer's men performed well against Premier's leader, but Salah sentenced on the 93rd minute. Juan Mata created danger with his crosses in the final stage of the match.

Manchester United fought until the end to score in Anfield, but the leader of the Premier sentenced the meeting in the 93'. Liverpool won 2-0 thanks to goals from Van Dijk (minute 14') and Salah. Juan Mata entered the pitch in the 74' with the mission of getting a draw at least, but they couldn't.

Mata played again in Anfield, scene of some of his best moments in recent years. The Spanish international, a great protagonist in the recent United commitments, was very active and made some dangerous passes in the area, but the local defence prevented them from becoming goal.

Solskjaer's team, the only one that has got some point against Liverpool this season, pressured a lot in the last minutes leaving spaces that Salah took advantage of to make the second goal. On Wednesday against Burnley, United will have the opportunity to return to the road of triumph.