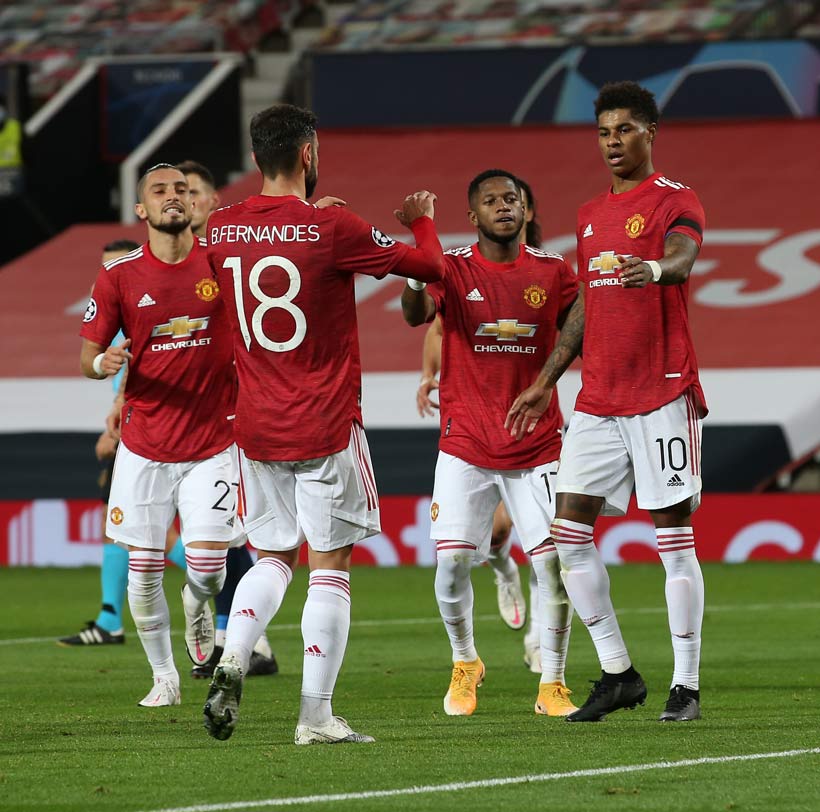 Manchester United closer to the last 16

The 4-1 win against İstanbul Başakşehir allows United to lead Group H, three points ahead of PSG and RB Leipzig. Bruno (2), Rashford and James scored the goals.

Manchester United obtained a crucial victory in their purpose of reaching the last 16 of the UEFA Champions League. The Red Devils hammered İstanbul Başakşehir (4-1) at Old Trafford to climb to the top of Group H with 9 points (three above PSG and RB Leipzig). Juan Mata did not participate in the home win.

After the lousy result obtained in Istanbul a few weeks ago, Solskjaer's team wanted to control the game from the beginning. A brace from Bruno –stunning strike included- made it 2-0 before reaching the 20th minute. Rashford, from the penalty spot, scored the third in the 36th minute. In the second half, Türüç closed the goal difference gap. Still, Manchester United held the visitor's push, and in stoppage time, James scored the fourth goal.

Now the Mancunian team will have a few days to prepare the next appointment. It will be next Sunday against Southampton, who are performing at an excellent level in the Premier League. Mata will be able to meet Oriol Romeu, friend and former Chelsea teammate.