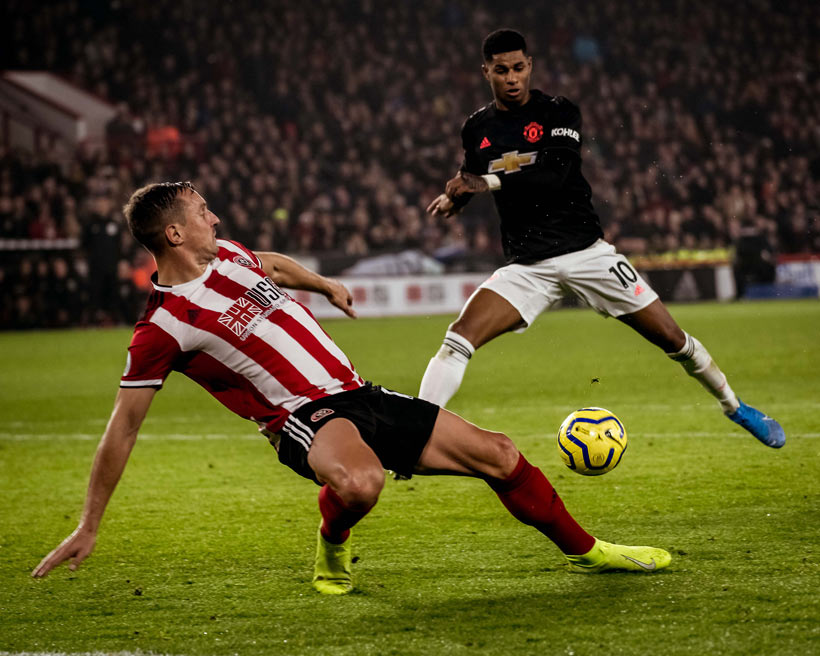 The Red Devils drew 3-3 on Sheffield United's pitch. They were losing 2-0 but they scored three goals in ten minutes. The locals made their third goal on the 90'. On Thursday, United will play against Astana in Europa League.

Manchester United returned to the competition with a draw (3-3) at Bramall Lane against Sheffield United. The Red Devils aspired to achieve their third consecutive victory (after those achieved before the break against Partizan and Brighton), but the match was complicated in the first half. After a series of great interventions by David de Gea, Fleck (on the 19') scored first for the home side, that increased their lead in the 52nd minute thanks to a good play by Mousset.

In spite of the 2-0, Manchester United did not lose faith in their options, and in a few minutes of madness they came back. Brandon Williams (72), Greenwood (77) and Rashford (79) put Solskjaer's men at the gates of triumph. A triumph that escaped with a goal from McBurnie on the 90'.

United's next appointment will be on Thursday. That day they will play against FC Astana on the fifth game week of the group stage of the Europa League, a competition in which Juan Mata has played in the initial XI in three of the four occasions.