Mata is on fire 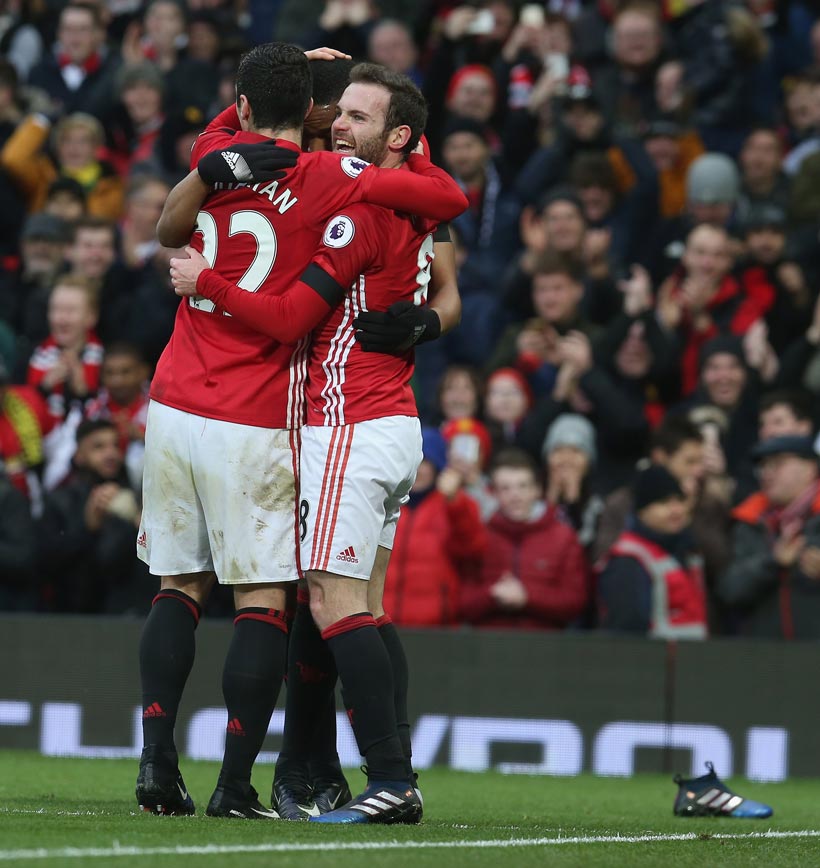 Juan scored the first goal against Watford at Old Trafford. It’s his ninth goal of the season. He has now been involved in 87 Premier League goals since 2011 (45 goals and 42 assists).

Juan Mata is on fire. The Asturian scored the goal that opened the path of victory against Watford (2-0) just a few days after scoring a good goal against Leicester. It’s the sixth goal of Juan in the Premier (9 goals in all competitions). The 1-0 with which the first half ended was a reward for United’s good first half as they were much better than their rivals.

The goal’s play was spectacular. Juan combined with Mkhitaryan with a great heel pass, the Armenian passed it to Martial and the French, while running, assisted Mata, who shot very near the goalkeeper. It was the 32nd minute. A little earlier, the Spaniard had been protagonist with an excellent move that left Mkhitaryan in a very good position to shoot, but his shot went out.

Juan Mata in the Premier League in the last two seasons.

On the 60′, Martial made the second and avoided surprises from Watford. With the 2-0, Juan was substituted for Fellaini. He left the pitch with some brilliant numbers: 91% of pass accuracy, four chances generated… and a goal in only one shot. Total efficiency.

Juan Mata has now been involved in 87 @PremierLeague goals since 2011:

More than any other midfielder ?? pic.twitter.com/EsFBIWufjc

Man United’s excellent form reflects in several data. The Red Devils, with their win against Watford, become the first team to reach 2.000 points in the Premier League. To add to this, they’ve been 16 games without losing in League (the best winning streak of all 5 great tournaments).

Juan Mata gives #MUTV his verdict after scoring in a comfortable win over Watford. #MUFC pic.twitter.com/e4EW0ybNjF