The agony of the penalties leaves United without the Cup 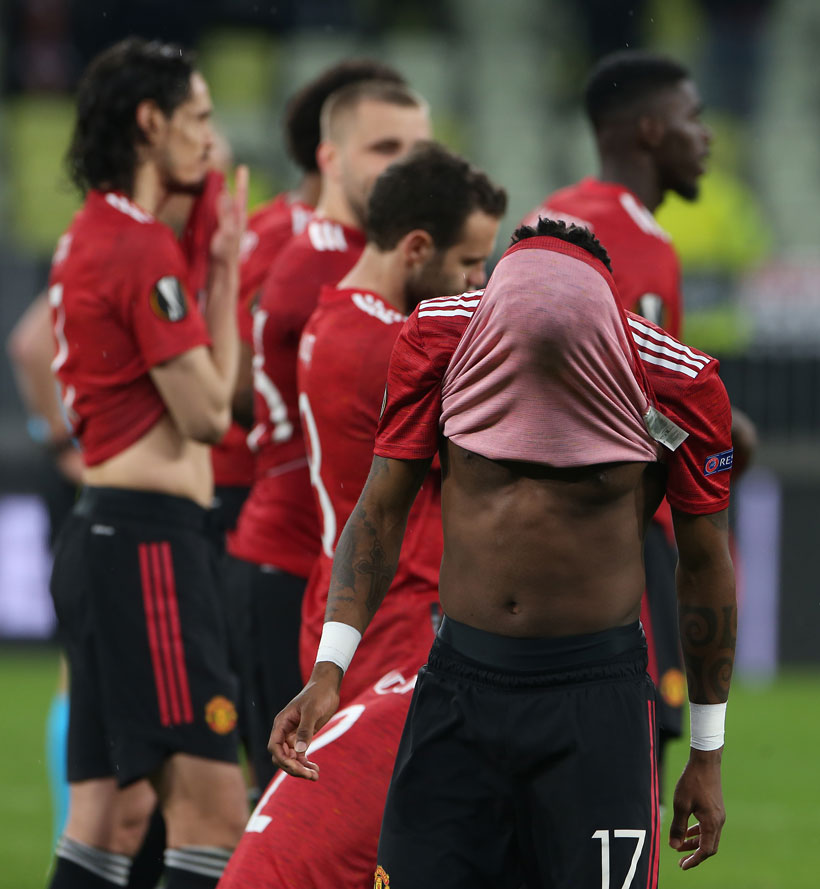 Posted at 11:12h in by Javier Brizuela

The agony of the penalties leaves United without the Cup

After the 1-1 draw after 120 minutes, an endless penalty shootout (11-10) gave the Europa League to Villarreal. Juan Mata scored his penalty. Gerard Moreno and Cavani made their team's goals within the reglamentary time.

Manchester United lost their opportunity to win the Europa League in the Penalty spot against Villarreal. The match, after extra time, ended 1-1. The accuracy from the penalty spot was impressive and historic. Everybody had to wait until the 11th shot to see the first mistake, that gave the title to the Spanish team.

At the Gdansk Stadium, Villarreal hit first. Gerard Moreno made the 1-0 on the 29'. The Red Devils weren't able to even the match until the 55th minute. It was thanks to Cavani. Then the reds had the initiative until the final 90' whistle, but they couldn't beat Rulli. Extra time wasn't enough for either team and they had to go to penalties.

Juan Mata came in before the 120' minute in order to shoot one of the penalties. In fact he scored the first goal for United from the penalty spot. After 22 shots, nevertheless, the Europa League escaped from United's hands.