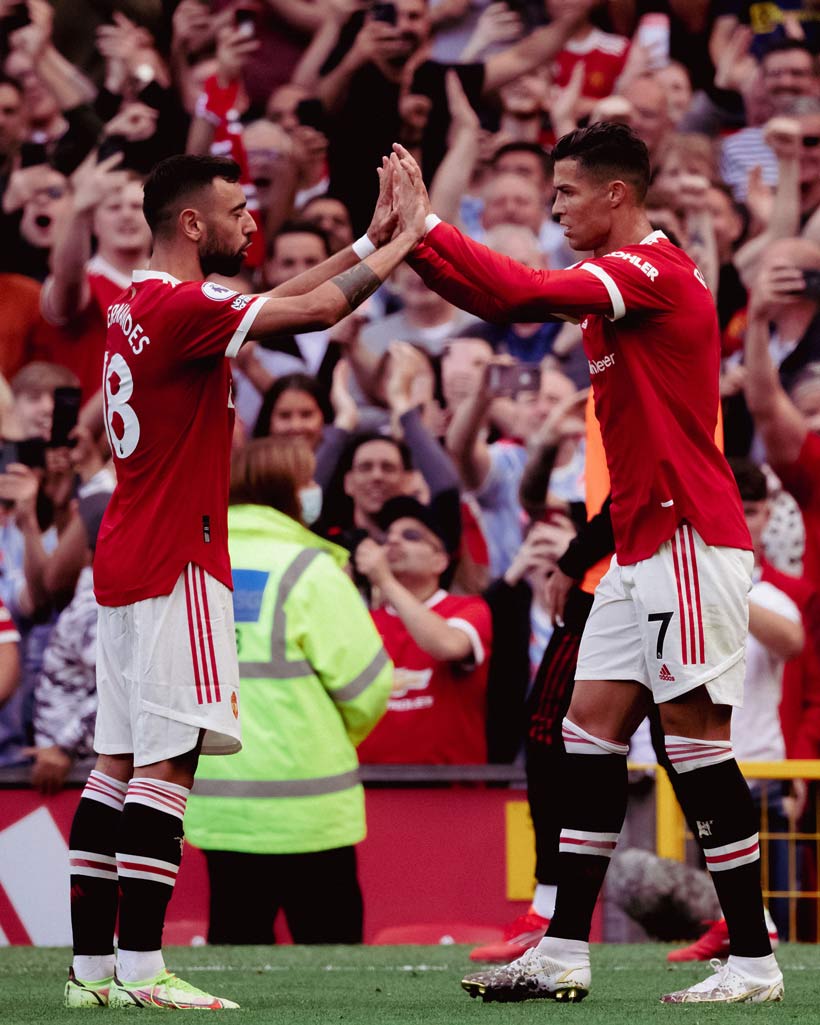 Posted at 21:10h in by Javier Brizuela

Two goals from Ronaldo got United on track on this new Red Devil win (4-1) against Newcastle. Old Trafford's crowd vibrated with the return of the Portuguese. Bruno and Lingard scored the other goals.

Manchester United fans, who remain savoring Old Trafford after these months of Pandemic, lived an unforgettable afternoon on the 4th gameweek of the Premier League. Cristiano Ronaldo had the Red Devil's shirt on again, 12 years after, and was a key player in this 4-1 win against Newcastle.

In front of a very passionate crowd, the Portuguese striker scored the two first goals for United (minutes 45+2' and 62'). Bruno Fernandes on the 80' and Jesse Lingard (90+2') rounded up the feast with two excellent goals. Javier Manquillo (56') scored Newcastle's goal, that on that moment meant the 1-1. An illusion that lasted little as Ronaldo scored his second goal.

This win leaves Manchester United with 10 points and a great smile before the debut in the Champions League, this Tuesday against Young Boys.