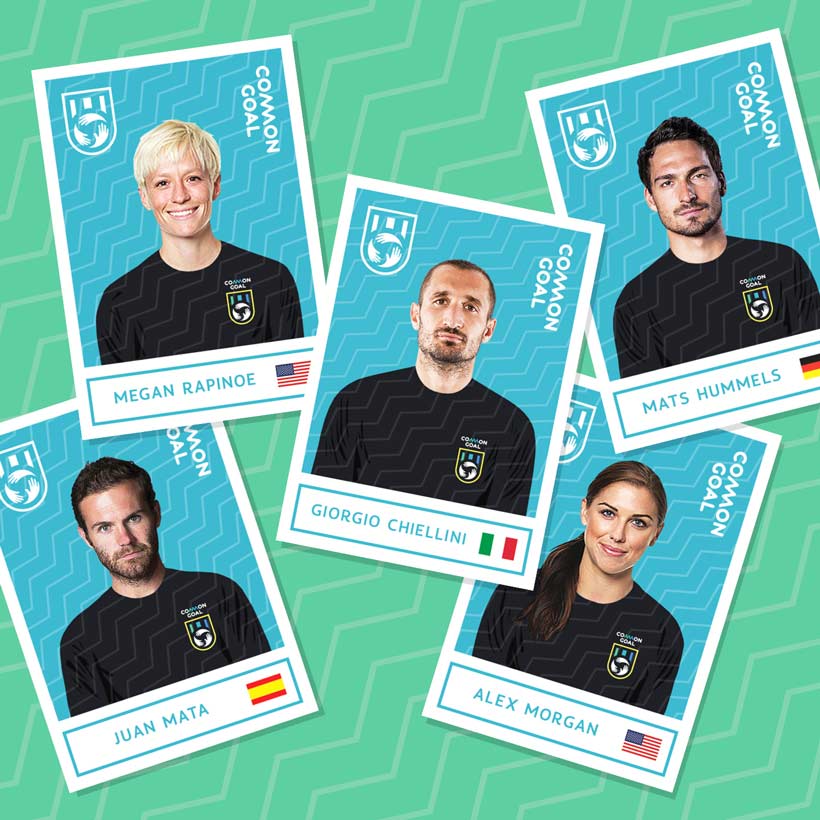 Giorgio Chiellini has become the latest footballer to join Common Goal, with the Juventus defender pledging to donate at least 1% of his wages to football charities around the world.

Chiellini is the first Italian member of the movement and the fifth overall. He joins Juan Mata, Mats Hummels, Megan Rapinoe and Alex Morgan, who have also made pledge since Common Goal launched in August.

“By joining Common Goal, I hope I can encourage the younger generation of players to think about social responsibility in their lives,” Chiellini said. “As professional footballers, we are in a fortunate position compared to much of society. I think it’s important we keep this in mind and try to support those less lucky than us where we can.”

Chiellini has a longstanding history of work in the third sector, having supported a range of Italian charities such as Insuperabili and the Associazione Haccompagnami Onlus. Through Common Goal, he says he looks forward to giving back collectively alongside other players. “This isn’t really about my pledge to Common Goal,” he explained. “This is about all of us footballers giving back as a team. Individually our pledges might not change the world. But together we can make a real difference.”

Juan Mata, who made headlines when he became the first player to join Common Goal last month, said he was delighted to join forces with Chiellini: “Giorgio is a true leader both on and off the pitch and I am deeply humbled to welcome him to the Common Goal team. With a role model like him on-board, I have no doubt that many younger players will follow.”

Common Goal founder Jürgen Griesbeck said Chiellini’s involvement marked an important shift for the movement, whereby players are now actively asking to join. “Before we launched Common Goal, we had a hard time getting in front of footballers to tell them about the initiative,” he recalled. “Now all of a sudden we have icons like Giorgio contacting us out of the blue and saying they share our vision and want to support it in any way they can. This is an exciting development for us because it shows that what we’re doing is really resonating with players. We can’t wait to unveil more stars of the game in the coming months.”

Common Goal is a creation of streetfootballworld, the international leader in football for good. Over the past 15 years, the organisation has assembled a global network of more 120 local charities that use football as a tool to tackle social issues, ranging from gender equality in India to peacebuilding in Colombia to refugee integration in Germany. Streetfootballworld will support Common Goal’s members by aligning their donations with football charities that generate the greatest impact around the world.