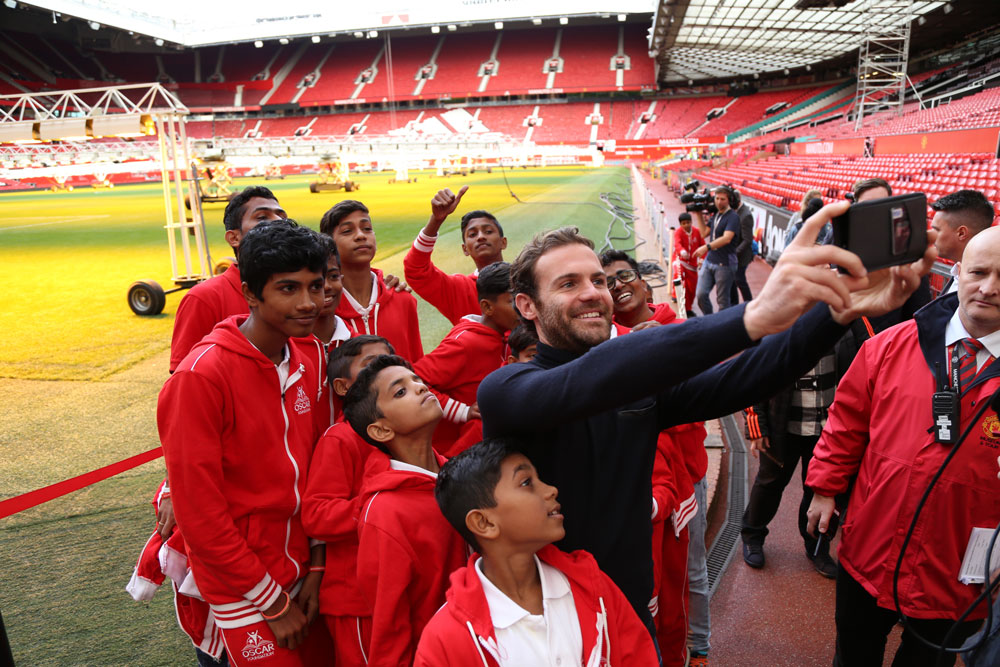 Juan, awarded in Monaco for his Common Goal initiative

The prestigious TV Sports Awards 2017 gala acknowledged Mata's solidarity with the Play for Change Award. The Asturian won the voting to Garbiñe Muguruza and to Lawrence Dallaglio, ex-captain of the England rugby national team.

Juan Mata´s solidarity work with Common Goal has received a new boost, this time in the form of a prize. Among the TV Sports Awards 2017, whose gala was held in Monaco, the Manchester United player was recognized with the Play for Change Award. His involvement in Common Goal earned a distinction for which competed with tennis player Garbiñe Muguruza and the captain of the English rugby team Lawrence Dallaglio, two sports personalities who are also committed to society through different initiatives.

The ceremony, which took place in the spectacular Salle des Etoiles de Montecarlo, was attended by 300 professionals from the sports media sector. There were also recognitions for Kylian Mbappé (Golden Boy winner), BBC Sport or the Eurosport coverage of the Tour de France. The money raised at the event will go to the charity Play for Change (responsible for providing educational and sports programs to children in need around the world).

Juan was recognized with the Play for Change Award after the decision of an expert panel of judges and an open voting to the users through the TV Sports Awards Web.

United, qualified for the last eight of the Carabao Cup

ManU qualified for the last eight of the Carabao Cup after beating Swansea at the Liberty Stadium (0-2). Two goals from Lingard sealed the win in a competition in which the Red Devils defend the title conquered last year. Mata, in the line-up in most of this season games, did not came into the pitch this time.