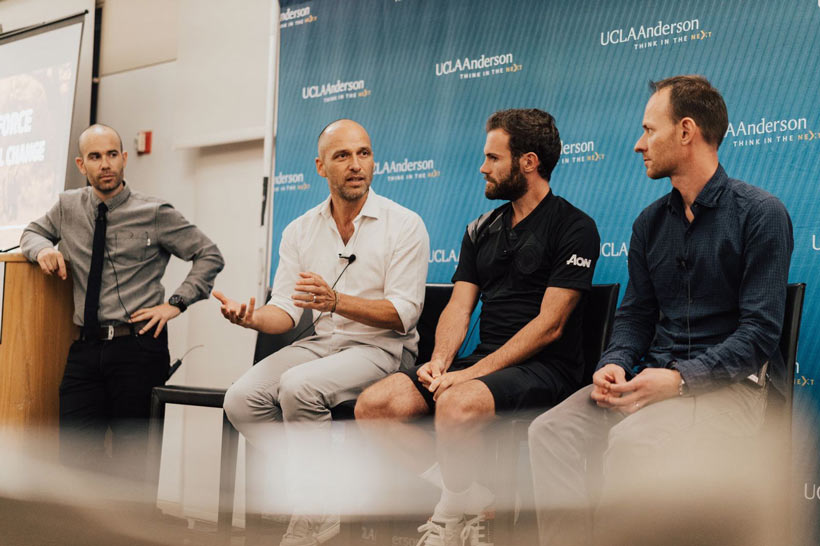 Manchester United star will be attending the Soccerex Global Convention, 4-6 September, Manchester, to talk about Common Goal, the social initiative he helped launch earlier this month by becoming the first player to commit 1% of his salary to a collective fund managed by streetfootballworld.

Juan’s hugely successful playing career has seen him lift the FIFA World Cup and UEFA European Championship trophy with Spain as well as numerous domestic and European honours. At the campaigns launch, Mata challenged other players to follow his example. Following Juan’s pledge, Bayern Munich’s Mats Hummels has also committed to Common Goal and both players’ donations will be distributed to high impact football charities by Berlin based NGO streetfootballworld, who’s global network of 120 local charities who use football as a tool to tackle social issues.

At Soccerex, Juan will share with delegates his thoughts around football’s social responsibility, what he feels Common Goal could achieve and why he chose to join the campaign. Juan will be joined on stage by Jürgen Griesbeck (Founder and CEO, streetfootballworld – pioneer of social entrepreneurship’ and the driving force behind Common Goal-).

Commenting on the announcement Soccerex Marketing Director David Wright said: “We are absolutely thrilled to add Juan and Jurgen to the line up for this year’s Soccerex Global Convention. Common Goal is such a simple but powerful initiative and one I am sure that will change many, many lives. In a programme dominated by football business, we are delighted to highlight such an important social message and I hope people take the opportunity to come and hear why Juan has chosen to commit to this wonderful campaign and find out how they too can sign up and make a difference”.

An amazing project starts today. Please take a moment to check it out. ⚽❤? #CommonGoal https://t.co/UJbedfXnpW

Juan is part of an extensive and though provoking conference programme at this year’s Soccerex Global Convention, designed to deliver unique business insight across a variety of football’s key sectors from stadia design, sponsorship, international investment, the latest in wearable technology and the rise of influencer marketing.

Established in 1995, Soccerex is the leading provider of business events for the global football community. Bringing together key industry decision makers from the world of football, Soccerex provides a unique commercial environment where delegates can benefit from exclusive business opportunities, networking and bespoke educational content.

Common Goal is a pledge-based fundraising movement for the soccer industry that aspires to unlock 1% of its weatlh for football charities.