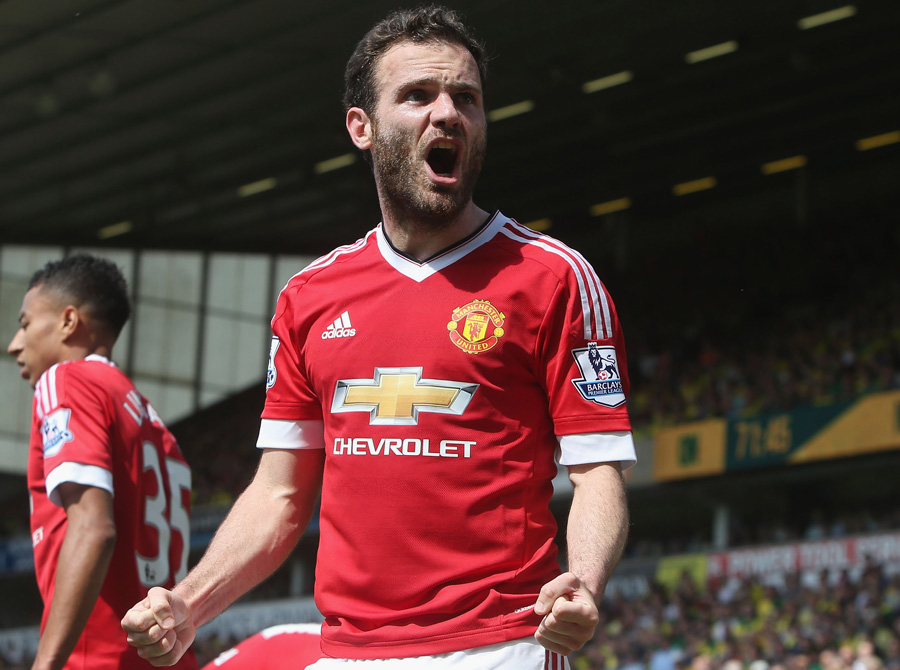 A goal from Juan Mata gives the three points to United against Norwich at Carrow Road (0-1). ManU is only one point from the fourth position, where City is. The two latest goals from the Asturian have added six points for the team. He has scored 9 goals and 9 assists in 51 games.

Juan Mata was decisive again for United. As happened against Watford, a goal from him gave the three points to the Red Devils. On that occasion it was a free kick. Against Norwich, Juan took advantage of an assist from Rooney to beat Ruddy’s goal. It was the 72′ and the 0-1 was immovable. The Canaries have conceeded five goals from Mata in the last years (more than any other English team). In fact, the first goal from Mata came against Norwich in England.

ManU went to Carrow Road with the need of winning to put some pressure against City for the fourth position. Mata, as in the majority of Premier matches, was in the starting eleven. His importance at United might be easier to understand if we take a look at his numbers against Norwich: 97% passing accuracy, two shots, four chances generated… Even more, he forced the only yellow card of the match, that went to O’Neil.

His combinations with Ander Herrera (in one of them nearly comes the second goal) were crucial for Man United’s attack. “Our fans have had a tough season. I really wish we can reach the top 4 and win the FA Cup for them”, said Juan after the match. This season he has scored 9 goals, 9 assists in 51 matches. These are incredible numbers for a midfielder.