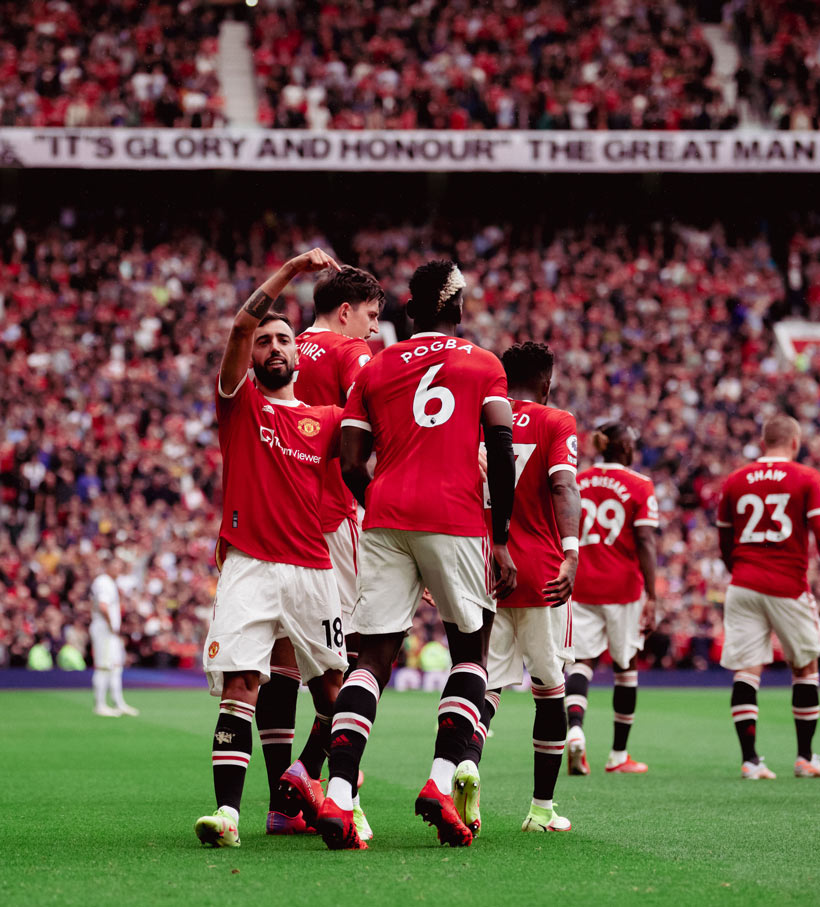 Posted at 17:19h in by Javier Brizuela

With a great crowd watching the match at the stadium, Manchester United hammered Leeds United (5-1) in the first gameweek of the Premier League. Bruno (who scored three goals) and Pogba were the stars of the match for the Red Devils.

Manchester United started the 2021/22 Premier League season in a spectacular way. Solskjaer's players thrashed Leeds United at Old Trafford (5-1) and sent a warning to all other clubs in the competition. They want to mark their territory from the beginning.

The highlights you've all been waiting for! 🍿#MUFC | #MUNLEE pic.twitter.com/DSk0ZPW3A0

Juan Mata didnt't play in a match protagonised by Bruno Fernandes (hat-trick), Mason Greenwood and Fred. Four of the five goals came after half time, the same as the visitor's goal, scored by Ayling. Pogba was another protagonist in this match played with a crowd at Old Trafford.

Red Devils' next appointment will be next Sunday, August 22, a day in which they'll visit Southampton.