“Thank you for thinking about an inclusive football” 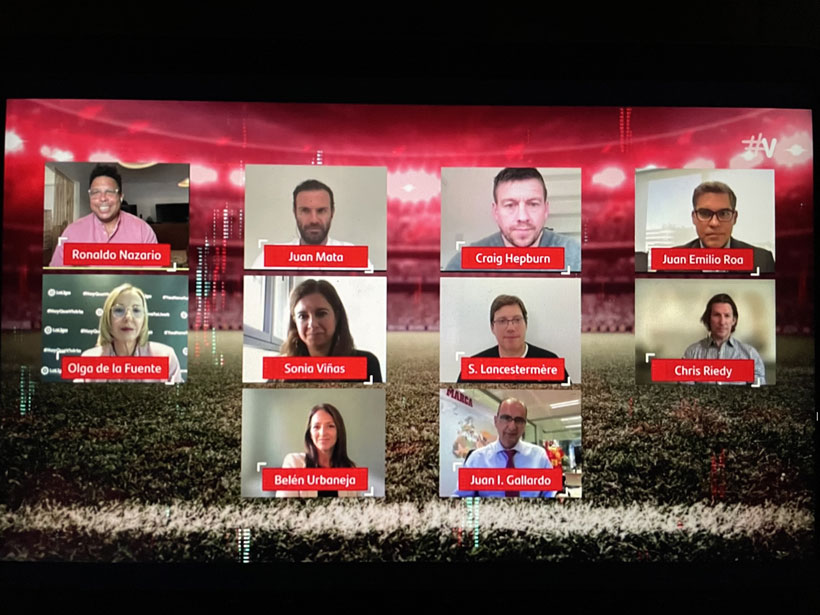 Juan Mata was part of the jury that decided on the three winning projects of ‘FootballCan 2041’, promoting innovative solutions for football worldwide.

Juan Mata, United footballer and co-founder of Common Goal, was part of the jury that decided on the three winning projects of ‘FootballCan 2041’. Banco Santander launched this global strategy to harness the transforming power of football at the social level. The contest sought to promote the best innovative solutions for this sport on a worldwide scale.

Apart from his work as a jury member, Juan commented about the ‘Fran Play’ project. Presented by Mohan Rahapogal, it uses new technologies to connect autistic persons between them and also with football players, through their heart beats. “I would like to thank Mohan for her project. It seems like a fantastic idea to use the tools that technology gives us to help children with autism. Thank you for thinking about an inclusive football,” commented Mata, who wanted to send a big hug to all the people in India who are affected by Covid-19.

In the jury, along with the Spanish international, was the historic striker Ronaldo Nazário Click To Tweet

In the jury, along with the Spanish international, was the historic striker Ronaldo Nazário and representatives of institutions such as UEFA, LaLiga Santander and CONMEBOL Libertadores, and companies of the likes of Twitter. Movistar+ channel #Vamos retransmitted the jury’s decision. ESPN did it for Latin American countries.

The projects should be framed in these three areas: Inclusion, diversity and sustainability. In inclusion, the winner was ‘Brintia’ (Spain). In diversity, ‘Pressenger’ (Hungary), and in sustainability, ‘Pledgeball’ (UK).

‘FootballCan 2041’, created in collaboration with Microsoft’s Global Sports Innovation Center (GSIC), had a first stage in which more than 150 startups and contractors from thirty countries participated with their proposals. From these, ten finalists were chosen and evaluated by Mata and the rest of the jury members. AI, machine learning, virtual reality or Internet of Things were the main ideas that stood out.

The three winners will receive a significant financial reward and advice, and support for developing and implementing a pilot project.