The value of statistics 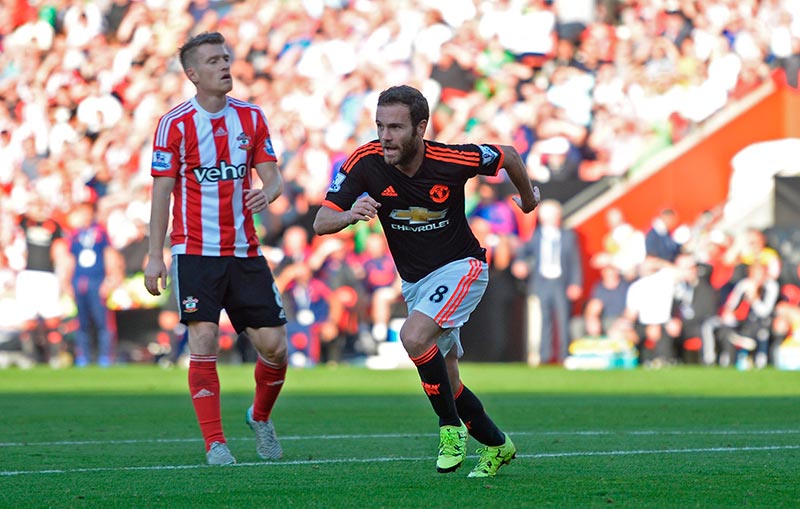 Juan Mata has had a hand in 30 Premier League goals since he arrived at United. He has bettered his record from his time at Chelsea, having played 22 matches fewer. Since 2011, no midfielder in the English league has participated in more goals.

The Premier League returns to action after the international break. Manchester United will face Watford away on Saturday (12.45pm). Watford, who are a newly-promoted side, are competing at a high level. United enter this fixture on the back of beating West Brom at Old Trafford (2-0), a match in which Juan Mata scored. He was once again the protagonist, as he has been so often in recent times.

The penalty that Juan netted two weeks ago was the 30th league goal that he has been involved in since he joined the Red Devils’ ranks in January 2014. He has struck 19 goals and provided 11 assists in the English top flight. No United player has reached that tally since he joined. The player who comes closest to Juan is Wayne Rooney, who has been involved in 28 goals.

The 19 goals that Juan has scored for United better the 18 Premier League strikes that he netted with Chelsea. A noteworthy statistic is the fact that Mata has reached that figure in 60 league matches; he needed 82 to do so while wearing the blue of Chelsea.

If we compare the Asturian’s numbers with the rest of the Premier League midfielders, the conclusion is striking. Only Silva can match Juan’s combined total of goals and assists since the 2011-12 season (75). Stars such as Hazard (66) and Touré (70) trail him.